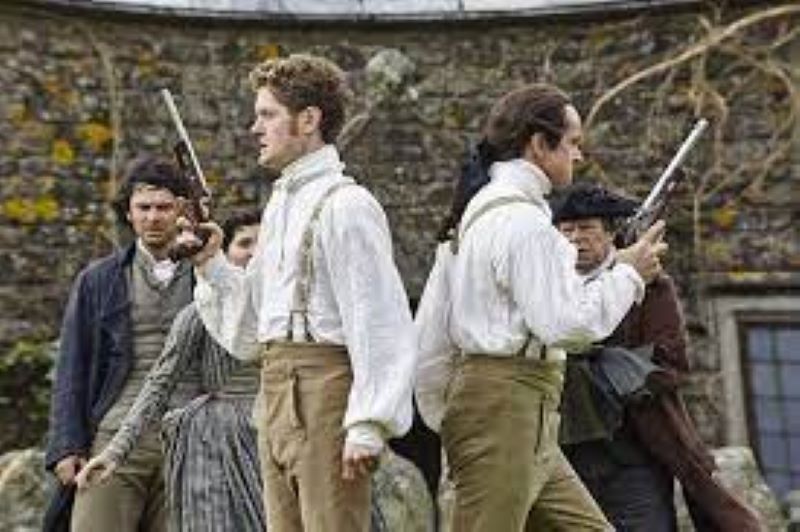 Pistols at dawn. Not a propitious time to start the day, Cedric thought

He wondered if he had been too rash in challenging Count Stroganoff to a duel but he had had no alternative. The honour of the honourable marchioness Honoré de Villeneuve, the young and attractive widow of a dear friend of his, was at stake.

The offence that had caused such drastic action had been committed the previous weekend during a debutants’ ball hosted by the marquise.

While she was bending to talk to one of the girls, a male guest, Olaf Stroganoff, had stealthily pinched her derrière, making her blush.

Cedric had been outraged: this kind of continental behaviour was not acceptable in a civilised country like England and he had to act in a manner befitting a gentleman..

As it became obvious that the perpetrator of that grievous infraction wasn’t prepared to apologise to the lady (who incidentally had been quite flattered by the gesture) Cedric threw the gauntlet.

He now stood, cold and miserable, near a secluded copse in Epping Forest at this unnatural hour, waiting for his nemesis to arrive.

He had hoped that rapiers would be the choice of weapons, as he was a skilled swordsman, but the blackguard had unfortunately opted for firearms.

His average marksmanship in this kind of weapons was clearly a disadvantage and he now wished that he gone for ‘first blood’ rather than “à l’outrance”, to the death.

He had appointed his butler, Jenkins, to be his ‘second’ and his opponent a man named, oddly enough, Incognito.

The latter had just arrived with some surprising news that our hero met with mixed emotions: relief and disappointment

It transpired that Honoré had actually been bored by this tedious affair and couldn’t have cared less about two old farts fighting each other on her behalf.

She had told Stroganoff to ‘get a life’, to inform Cedric that the duel was off and she was now on her way to gay Paree with a newly-acquired female friend with whom she had made her acquaintance at the ball.

My grateful thanks for the pick. Much appreciated.

I always think of these historical pieces as ‘romps’, and this is a charming one. (I confess to wanting rid of the propreantepenultimate word, but that’s just me.) Congratulations on the write and the pick, Luigi.
Allen

Thanks for your useful feedback, Allen. I’m always willing to learn and would like to know what alternative you would use to the ‘propreantepenultimate word’
Kind regards, Luigi

I have already learned far more from you than you will ever learn from me, Luigi. believe me! The way I read this though, and putting myself in the writing seat, I would have left that word out entirely, but that’s just my take on it.
Reciprocal regards, Allen

Mon Dieu! Such foolish fops! And mon cheri has has now departed the scene!

Congrats on the pick Luigi

You may be interested to know that duelling was banned by the French kings because it was costly to the country. Too many brave young men died for futile reasons, young men whom the kings needed for their wars.

Yes, ‘young men whom the kings needed for their wars’ to be killed! 😉

Pistols at Dawn
by
ionicus