A homage to M R James, who had the talent to evoke the uncanny in otherwise ordinary circumstances. And a warning, to not always like what one may see! 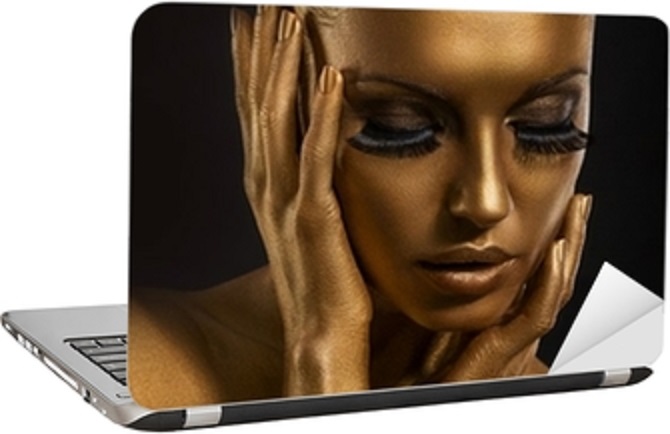 ( The Ghost in the Machine )

Every time he logged on to his laptop the screen showed a different scene; sometimes a beach or a mountain, or an ancient building – that sort of thing; and always the question asked: like what you see? If he selected yes he’d get more that were similar; if no then less of the same. He couldn’t recall how he got the program, so he kept it on.

Anyway, he had other business – especially when he was alone in the house, then he could look for the images, the videos, that gave him such a thrill, especially because he might get caught. But he was careful, covering his tracks, and not going in too deep, but the temptation was always there. Then one day, he got a new scene when he logged on.

Looking down in daylight, through tropical trees onto a beach curving in both directions, and a view out to sea, with a distant native village, and coming toward the camera a figure indistinct. He liked the scene and clicked yes, then he went searching for his fix of titillation. The next time he logged on the scene was back, which was no surprise, but he noticed a change.

To begin with the time had moved on, it was now later and the sun had moved; also, the figure was nearer, and he could see it was a woman, wrapped in some cloth; but apart from that he couldn’t see much else. He was intrigued, the scenes had never morphed before as this one seemed to be doing. Then he put it out of his mind, he had other interests.

The next day he had more time – his wife was out seeing a friend, and this time he was more curious about the scene, and it had changed again, to a sunset with light reflected golden off the water, and the woman coming closer, but the light was behind her, so all he could see was the curves of her figure beneath the cloth; and she seemed to be looking directly into the camera.

Two days later he was back, now more interested in the scene than what he could find once he’d gone past it. And yes, it was now night, starlit, with the lights of the distant village showing over the shoulder of the woman, who was now standing close to the camera. He sensed she was beautiful beneath her head covering, and he longed to see her face, if only he could.

Then the question at the top of the screen: ‘like what you see?’ Yes, he must see, must see her face, so he clicked yes, now more excited than he’d ever been in his life. She moved; the scene was coming alive! Slowly, she raised one hand to unfurl her face, and as she did so he found himself in the presence of unutterable beauty; long dark hair falling away from a perfect oval face and sensual lips that curved into a smile.

He looked for her eyes, and saw only dark unfathomable orbs, which made her beauty all the more terrible and desirable. The moment froze; he slowly rose out of his chair, knowing that he must turn off the machine. As his hand reached for the off key, he felt a huge surge in his chest; he was only sixty-four, too soon he thought. She smiled, and he was swallowed into her eyes.

Eerie, but then again when you have to go you have to go. Going out by way of a good looking woman doesn’t seem as scary as a lot of other possibilities.