A Memoir.
I went on Trip Finder and did some research and wracked me poor brain, I discovered ive visited 53 different countries. Then I remembered a place that as regards to isolation, visited by a minute number of people is Pitcairn Island, in the South Pacific.
For those that don’t know you may have heard of the famous mutiny on the Bounty in 1789 led by a crewman called Fletcher Christian. The captain was Lieutenant Bligh, a tyrant. He and the non mutineers were set adrift in a skiff and in an amazing feat of navigation he sailed 3500 nautical miles… and began the process of catching the mutineers. If caught they would hang.

The mutineers went to Tahiti, where they took wives, then sailed and happened across Pitcairn Island, a small island that had the advantage of not being marked on British charts, so the chances were the Royal Navy wouldn’t look for them there. After setting up a settlement they burnt the Bounty, literally “burning their boat”. And so they sustained them selves there. There really is very little there, no beaches, the sea around is full of killer sharks anyway. Pitcairn is about eighteen square miles.

Some mutineers had remained on Tahiti, these were captured by the Royal Navy and taken home and hung.
So “we”, as on my ship would always sail near on our way too or from New Zealand and they would come out in cutters and we would give them what we could spare, wood, food, as the Chief Electrical officer I’d give them spare batteries and lamps etc….
But this time we had the chance to go ashore. Brilliant. I took a bottle of Glenfiddich and sought out Tom Christian, the islands radio operator and the only direct descendant of Fletcher Christian the mutineers leader.

We drank in his ancient home to an oil light. They have a generator but its only used on an evening. It was a marvel, he showed me all this treasure, Flintlock pistols, oil lamps, the very table we sat at, all off the Bounty in 1789! An amazing and rare experience in world wide terms.

At that time there were about 200 people living on the island.
One thing that was fascinating was the way they spoke, they’d been isolated for so long since the 1700’s with few visitors that their language hadn’t evolved, so they spoke in olde English, lots of “Thee’s and “thou’s” and this olde lost English language unchanged mostly since the 1700’s, I was fascinated.

But I couldn’t get my mind about the Island, it was so small and limiting, Pitcairn is a New Zealand principality. We’d stopped there to drop off a sixteen year old girl and an old boy who’d been to New Zealand for medical care. The old boy had a walking cane he’d hand carved, I was given a hand carved shark with real sharks teeth he’d mede… treasure. The old guy also dressed in hand made clothes, with an air of the 1700’s about them, we were in the Officers bar talking to him when the doors burst open and this large girl stomped into the bar, she had Levi’s and a tee shirt with “Las Vegas” emblazoned across the front in sequins. She was asked if she would like a drink, she replied “I’ll have a screwdriver”!!!! This was living evidence of the death of the island.

A teacher and nurse went out to Pitcairn from New Zealand for a tour every year, but after the kids turned sixteen they went to New Zealand for further education, they’d gone from this small, volcanic island, with shrubs and trees and no electricity most of the time and mostly eating fish and home grown veggie’s, to Auckland NZ where they discovered modern life, friends, drink, clubs, parties, take aways and fast food and land to roam around, beaches. And… unsurprisingly they didn’t want to go back, so the island is dying, there’ll always be Pitcairn descendants but they’ll all be in New Zealand one day. There are now only about 40 inhabitants.
When I tottered back on board I grabbed another bottle of the good stuff and gave it to someone on the last cutter for Tom, later I got our Radio Operator to contact Tom to check he’d received it. He had. I think my last words to Tom Christian with a history unlike any other was “well enjoy mate and take care”.

But… there is a sad footnote. One of the volunteer nurses heard or saw something that made her think, she discussed it with the teacher. And they both began quietly asking questions of subtlety. It turned out pedophilia was endemic on the island, since the seventeen hundreds girls had been considered “usable” From the age of thirteen or younger, there was also it turned out a bit of incest thrown in. The whole island was part of it. It was how it had been since 1798! If they didn’t participate they all colluded. This was a nightmare as Pitcairn came under New Zealand jurisdiction.

Charges were laid against fourteen men who went to prison. Including Tom Christians son. It was a mess. After serving time they were sent back under home detention. But some were found to continue with their foul practices and returned to prison. A sad footnote to a fascinating story. But… as I said the island is dying, and one day it’ll be empty and the olde huts and gardens will be reclaimed by nature.

Still for me an amazing experience. 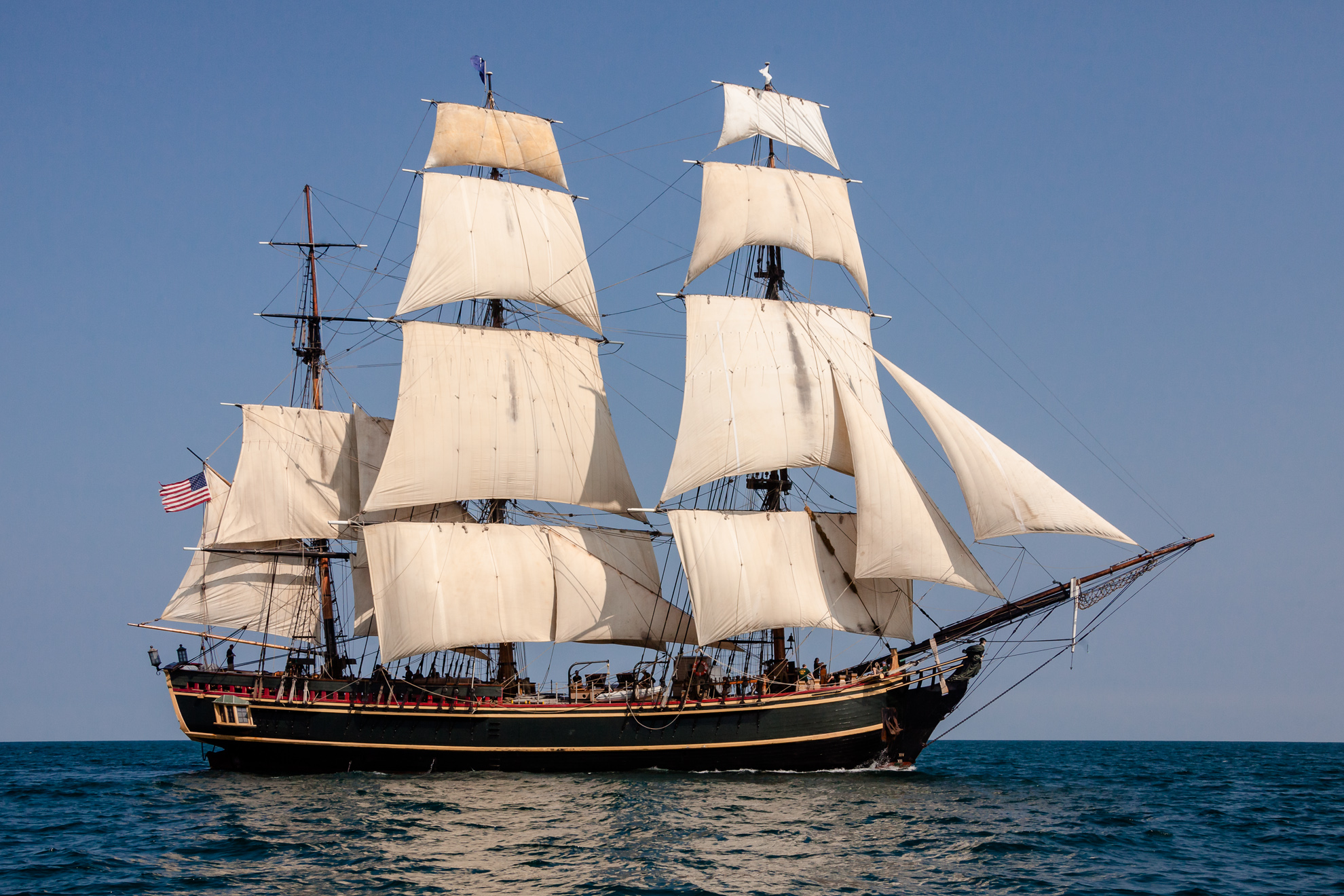 Amazing indeed, Mantalelf. What an opportunity and experience to have had! You are almost certainly a part of the Island’s history – you and your colleagues. I think that we experience things sometimes and do not realise how we were actually in a very noteworthy part of the World’s history. Looking back, my wife, I, and our two children were in a similar situation when we were ‘inadvertantly’ detained for a short while by the Cuban’s when they invaded Granada. Scary moments, but we live to remember the kindness of the native people, and the bravery of our pilot who… Read more »

Thank you Griff, yes I’ve been lucky and unlucky in my experiences. as have you by the sounds of it. I’d love to hear about your Granadan experiences. Having been to war in my younger years I can imagine the uncertainty and fear. Of course we were trained to fight through the fear. As for Pitcairn its down to a population of about forty now, as it slowly perishes, as the young refuse to return from New Zealand. But it was an experience rare and valuable to travel through, I did/do feel privileged in a lot of my life experiences.… Read more »

I’m sorry to hear that you lost your son, Phil. I can imagine that memory wandering everywhere: Tragic. My memory is ‘wonky’ as the result of a major motor accident many moons ago. I find it difficult to ‘visualise’ until I start writing about something. There is obviously a neuronal junction/pathway that only gets triggered that way. I’ve written some of our Grenadian adventure down, but never in a polished way. In retrospect the experiences were actually far less horrowing than one might imagine, and of course, as they seemed at the time: In fact I’ve once tried to write… Read more »

A fascinating recollection and a reminder of the famous mutiny on the Bounty and of the lesser-known occurrence of interbreeding that gave rise to the colonisation of the island but which became a cause celebre in 2004 with trials and convictions of some inhabitants of Pitcairn for rape and sexual abuse. Testaments made by the men accused stressed that in Polynesian culture, girls are seen to mature at an early age, and that this was something a judge representing modern British culture could not fully understand or officiate upon.

Yes as I said 14 men went to prison in New Zealand, and it had been common practice since the 1700’s, the judge had no problem officiating on the case, there was also incest in the mix and one of the men was Tom Christians son. Their argument could only stand up if it was applied by 1700’s standards. modern Polynesian culture has no such acceptable practices to weigh against. I did mention this at the bottom or the piece. Thanks for your comment though.

Last edited 2 years ago by Mentalelf

Yes, I don’t disagree that you did mention all that at the end of your piece and I wasn’t inferring you had missed out on the relevant facts. I was only reiterating what the defence of the accused was as reported in an online historical article: https://theworldunreported.com/2018/03/27/britains-paedophile-island-scandal-and-survival-on-pitcairn/ The following is an extract of that feature: “This was exacerbated by the fact that the islanders had set their own laws throughout the twentieth century, laws which did not explicitly forbid murder or rape. Such activity was seemingly often perpetrated, seldom spoken about, and generally accepted as simply the way things were.… Read more »

Yeah your right, but actually and interestingly they had been on the island for two years I think when a Scottish mutineer made a still, within the first two weeks of this alcohol driving at their door they had their first murder! There were quite a few others. And you’r right they just carried on running things their own way since 1798 which included girls becoming “available” from such an early age. It’s maybe understandable that they felt untouchable or merely just following “old laws” they had created for themselves, it’s fascinating, inexcusable and really they must have been aware… Read more »

Last edited 2 years ago by Mentalelf

Fascinating face-to-face visit with people descended from that unique history. After reading the comments it’s almost like that history is a cautionary tale about trying to find paradise on earth.

Hi Chairwoman, thank you so much for reading my tale. Its ironic, but the Pitcairns are far from a “paradise” its sadly a small volcanic rock sat in the South Pacific. The thing is they weren’t looking for paradise, but a place to hide. They’d already been to a “paradise” ie… Tahiti, which is where some of the mutineers settled because it was that beautiful place, and they met and wed local women. But the mutineers that left only settled on the Pitcairns by happenstance! They came across the island and discovered it wasn’t marked on British charts therefore the… Read more »