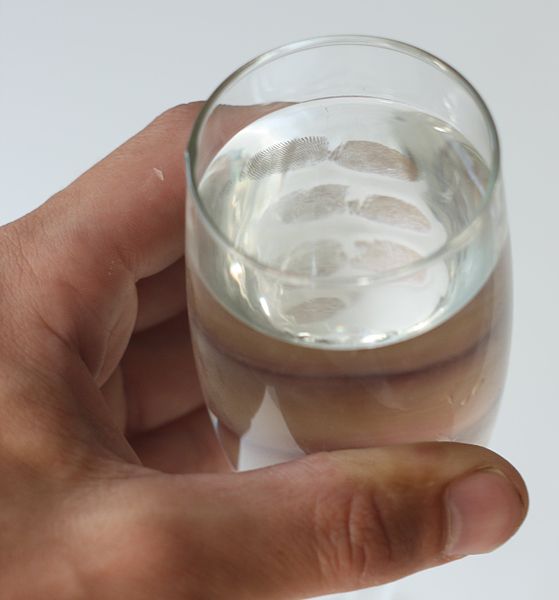 Something a little dark.

You know what it’s like when you go around thinking there was something you had to do, but you can’t remember what it was?

Yeah, ‘course you do. Happens to all of us now and again, don’t it? Well that’s what happened to me this morning, prob’ly because I got up late and went out in a hurry. Apart from that, it was just a normal day.

I have a routine, see. First, I go to Hardwick’s newsagent and get a paper and a pack of Marlboro. Shouldn’t I know, but you know how it is. Then I walk across the rec. to Manny Mohan’s hypermarket. Always makes me laugh that . . . hypermarket.

It’s not much bigger than my back garden. Mind you, there ain’t much he don’t have. Amazing how much you can cram into 70 square metres of floor-space. You can get lost behind all those shelves he’s got in there. After that I go through the park back to my place. It’s a bit of a dog-leg, but it’s a nice walk and I get some exercise. Takes about two-hours in all.

I don’t like sitting around in the house all day watching the telly. I always get what I want fresh every day. Can’t be bothered with a freezer. Don’t need one, Manny’s is open seven-seven.

Just old Mrs. Simpson was in the shop. Today’s the day Mr. and Mrs. Hardwick go to the cash and carry. ‘Morning Thomas,’ she said.

Straight away I felt me hackles go up. ‘It’s Tom,’ I told her. Sometimes I don’t like it when people call me Thomas.

She frowns like, then gives me a sickly grin. I see her big yellow teeth with that gap between the two front ones that stick out and dribble on her lips.

‘Sorry, Tom. Do you want your usual? she says.

I didn’t like the way she said, Tom. She sort of hesitated before saying it, sarky like. I ignored it, but I could feel myself shaking. I felt me eyes being drawn to her teeth

‘’Course I want me usual. What else would I bloody want.’ I wanted to say, but instead I said, ‘Yes, Mrs. Simpson.’

She gets that funny look again. This time, I noticed two of her teeth had black growing inside and there was bits of egg stuck between her big front one and her left incisor. Bright yellow it was. They seemed to grow. The more I looked at ‘em the bigger they got. Horrible.

‘You alright, Tom?’ she asked

I started to wonder if  I’d cleaned my teeth this morning,  then I remembered I’d used the last of the tooth-paste, and I had to get another tube at Manny’s. So it wasn’t that.

‘Yeah,’ I said. Why’s this stupid old bag asking so many questions? I was thinking.

‘You seem a little nervous.’ she says.

Her whole face merged into a mouth full of dirty, slimy teeth. I heard this voice say,

‘Why don’t you jump over the counter and ram her fucking face against the till a couple of dozen times until you’ve knocked all those filthy teeth out.’

I put the money on the counter and left.

When I crossed the rec. I felt really great. The Sun was shining so bright and the trees were really green. Lovely it was.

Manny’s granddad was in the shop, all on his tod. Mondays is when most people go to the cash and carry. That’s because Mondays is quiet. He’s a nice old bloke. He’s a Sikh. Always wears a dark blue turban. Manny don’t bother.

‘This is the 21st century. I’ve got a business to run,’ he always says.

I took a wire basket and mooched around like, I always do, trying to work out what to eat today. Then I remembered I needed toothpaste. Manny keeps that near the check-out, so I went back to the front of the shop.

I always use Aquafresh. Comes in a plastic tube, like the stuff you seal baths or fill cracks with. The space where it’s kept was empty.

‘Poppa Chann,’ I said (everybody calls him that). ‘Where’s the Aquafresh?’

‘It’s on the shelf on your left, Thomas.’ And he did that waggling thing with his bonce.

There is was again. Thomas. Today weren’t a Thomas day.

Then I noticed the old man meant Aquafresh in squeezy tubes. I can’t stand squeezy things and the thought of holding one and being called Thomas made me start shaking again.

I took a deep breath, ‘I like the plastic tubes you push up from the bottom.’

‘Manny will bring them this afternoon from the cash and carry. You can get one tomorrow or we have Signal in hard tubes. Just to your right, Thomas,’ he said . . .  in that stupid Punjabi accent.

Using Signal with its red, white and blue stripes is worse than holding a squeezy thing. Not only that, but the blue and red stripes always run out before you finish the tube. Proper rip-off. Aquafresh is a nice clear blue colour and he called me Thomas again.

He kept wiggling his head. It started to expand until it was like one of those a giant close-ups you see at the flicks. It wouldn’t stop wobbling. . . . On a Monday of all days.

I heard this voice say, ‘That fucking thing’ll have to come off.’

‘Okay, Poppa Chann, I said, I’ll just get some food and come back tomorrow for the toothpaste.’

When I left the shop, I put the money for the grub and one of those Sabatier kitchen knives Manny’s got on special offer on the counter. It only cost a tenner.

I walked home through the park, like I always do. It was lovely, the colours were really bright, just like on CSI Miami. It was very quiet, nobody was about except for a woman with a dog. She turned around and ran out the park when she saw me.

It weren’t until I got home and went to the bathroom to wash off the blood on my hands, I saw the bottle of tablets. That’s when I remembered what I forgotten to do today.

I don’t suppose I’ll be allowed to forget them again, will I, Doctor?

I’m confused, Guaj. Why was there blood on his hands? What were the tablets for? What had he forgotten? Is it that I missed something? I went through it again but it still evades me. Can you give your story more clarity?

Hi Whale
If you are confused clearly I have failed to engage you very sorry.

This is intended as dark humour (i.e. something which actually not funny)

I never thought I would need to explain this
Sorry

Sometimes a reader has to use a bit of imagination to understand the nuances of a piece, The story was a bit tortuous but I got the gist.

Tortuous?
Interesting comment, Luigi
I would guess the character was indeed tortured, but torturing the reader wasn’t my intention 🙂

Please pay attention Guaj. 🙂
tortuous: circuitous; devious; full of twists, turns, or bends: a tortuous road up the mountain
Not to be confused with:
torturous

I’ve had a look at this and I can see it could be presented in another way since it is intended to be a monologue. I may do some tinkering if I find time.

Is it do you want your usual?

You have a good eye, Nicoletta
Thanks I will add a ‘you’

Great story! The clue was right there in the beginning. Hidden in plain sight…clever.

Then the woman running from him; I thought “uh oh.” It clicked straight away.

Thank you Ejuen. Not everybody got it, I think it still needs a little bit of work to make sure it is clear to readers it is a monologue.
I’m very pleased you liked it!

Just a Normal Day
by
Guaj