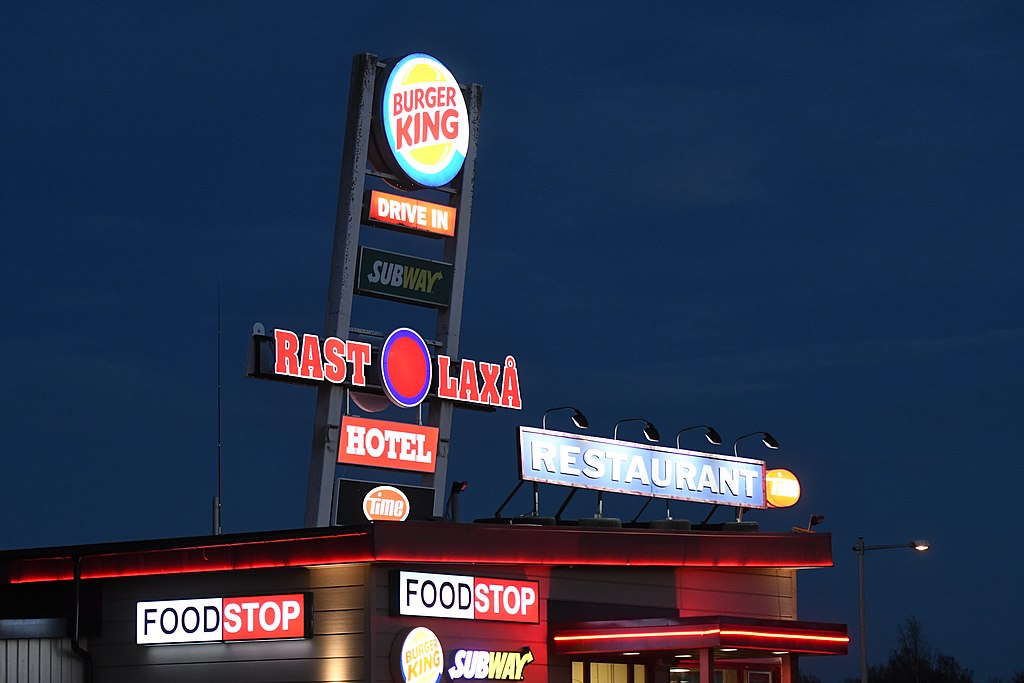 The setting sunlight escaping through wall-to-wall rain clouds over the A17 at Waasmunster, generates a dirty-sulphur coloured sky. The spray kicked up by dense, Antwerp-bound traffic adds a red hue to the incandescent haze hanging over the fast-moving east-bound vehicles. Drivers on the three stationary Gent-bound lanes opposite, gaze at their brothers and fret in envy under the dusk-dull rain.

The Waasland-east rest-stop is filling fast with trucks coming to roost in neat diagonal formations. The west-bound side will fill slowly tonight. Business will be bad there.

By 23.00 the truck-stop is as quiet as a dormitory, the stilled darkness broken by occasional passing cars and tablet screens flickering through the windows of trucks. Now it is love time.

A couple of ragged BMWs stop at the exit of the park pausing just enough seconds to disgorge their ‘cargo.’ From the woodlands framing the snuggling trucks, dark figures emerge. All are hoping for a night of profit.

For one who trekked across the soggy fields, it’s her first night back after a layoff to heal. Nobody wants to fuck a broken face – those Romanian bitches are so competitive.

This one prefers the Dutch drivers, they joke and make her laugh. Germans are OK, but can get a little a little weird — she does it for them because they don’t hurt her. The English are shy, but when they warm up they’re hot like their Easter buns. Romanians are brutal, just like her fellow Bulgarians, although sometimes it’s good to speak her own language. Czech and Poles won’t touch Bulgarian flesh, their taste is Congo chocolate.

This night, in the cold dripping damp she gets no takers and not for the first time she remembers when her brother told her Sofia had more to offer than Brussels. She kicked him in his balls – but he was right.

At the edge of the park: a matt-black ten-tonner separated from the rest. It has plates she doesn’t recognise. After weighing her chances, she taps on the windscreen knowing this night, like every other, could the one . . . and nobody will ever see her again.

from such situations you either leave alone or you never leave.

Desperation can make us do things we never thought we were capable of.

I liked the industrial introductory paragraph. At first I thought there were too many adjectives, and could be stripped down, but a second reading makes it flow into the rest.

I have to admit I thought the sentences were a little over long, but I needed to create that dirty atmosphere of a setting autumn sun over a motorway. I agree it could do with a ‘haircut’ but it I found it difficult to know what words to cut. On reading the first sentence I do think ‘over the E17’ could be shifted to the end.

Thanks for your feedback I may well do some more tinkering.

I like this piece a lot, guaj. Slightly over-written but it has to be to set the scene for something this short. I’d suggest leaving mention of the E17 right where it is.
…’pausing just enough seconds…’ didn’t read smoothly to me. Maybe consider ‘pausing just long enough…’ ? Passive writing in a couple of places might (arguably) be dulling a sharp edge.
Nice work. 🙂
Steve

Thanks very much, Steve. Funnily enough I chose, just enough seconds, to avoid using, just long enough.
Maybe I was trying to get over the urgency of dropping off a couple of hookers without being noticed and convey fact the driver is fooling himself ‘cos everybody know what’s going on. I’m not totally sure why if I’m honest. 🙂

Read your opening paragraph again and see how many adjectives you have there. Hemingway would turn over in his grave with this list: setting sun, wall-to-wall rain-clouds, dirty sulphur-coloured sky, dense Antwerp-bound traffic, red hue, incandescent haze, fast-moving, east-bound vehicles, stationary Ghent-bound lanes, dusk-dulled rain. And that is all in one paragraph. I have no doubt you can do better. Cut some out and rewrite other sentences if you want to please your readers. You do it again here: The stilled darkness broken by lights from occasional passing cars and glowing tablet screens of cosy truckers viewing favourite Netflix episodes.… Read more »

The sunlight escaping through rain clouds over the E17 generates a sky. The spray kicked up by Antwerp-bound traffic adds a hue to the haze hanging over the vehicles.

The darkness broken by lights from cars and tablet screens of truckers viewing Netflix episodes.

Remind me not to read Hemingway, I hate bullfighting anyway

BTW, I’m not offended, Whale just a little bemused. I will play with this over the weekend. It will be an interesting exercise.

I am impressed and very glad you chose the better option rather than taking offence. Not all Hemingway wrote was about bullfighting. Try ‘For Whom the Bell Tolls’ which I think is his best. Good you want to play with this story. It has fantastic potential and could be a classic – strangely enough like a Hemingway short story.

I have removed as much adjectives as I can. I’m interested in your opinion.

First – you use ‘much’ only when you cannot count what you are describing otherwise it’s ‘many.’ Hence it’s ‘as many adjectives as I can.’ Now, below is your story reorganised, beginning with your main character and ensuring your readers will keep reading. From the woodlands framing the snuggling trucks, dark figures emerge, all hoping for a night of profit. One who has trekked across the soggy fields, is back for her first night after a layoff to heal. Nobody wants to fuck a broken face – those Romanian bitches are so competitive. (Would it not be better to say… Read more »

Thank you whale, but the timing appears wrong with the sex workers arriving in the evening when it is still light. These things are best done late at night, I am sure you will see the logic in that.
I appreciate you input and I have kept the version with few adjectives, however I have replace my original version.
Thank you

I say keep the dirty-sulphur colored sky. I love ’em but Papa is dead. I almost say make the language more passive. This protagonist has enough agency to take a break but not stop her sex worker gig that she knows could well get her disappeared for good. In my onion the word choice should reflect that.

Hi Wowsers,
People have crawled all over this piece. I made several changes, but in the end I left it as it (almost) was when I first wrote it. I like the sulphur colored sky. If anybody has spent as much time as I have on crowded freeways on drizzly afternoons they would know exactly what I mean.
Thanks for the input. I might play with it a bit more on my saved versions.

Kiss my Ass Sophia
by
Guaj