The Lane Between Two Roads

A favourite later poem, being an honest descriptive writing from the experience of actually being there and remembering the different impressions awoken, including from local news items at the time. Pic.: is of Cox’s Walk

Walking Cox’s Walk, Dulwich, in 2009, enduring haunt from childhood, largely untouched since the last steam locomotive thundered through in 1954. Sadly, as for all who grew up in suburban London during the post-war years, with radical changes since diluting that identity, difficult now to reconstruct without being critical. In spite of awakening a glowing nostalgic mood while there, when change is too rapid and radical, it’s not a healthy process. Staying put and adapting to, being part of, ongoing change, taking different ages and the passage of absent time out of the equation. would presumably have a blurring, anodyne effect on this transition. Best to never go back? 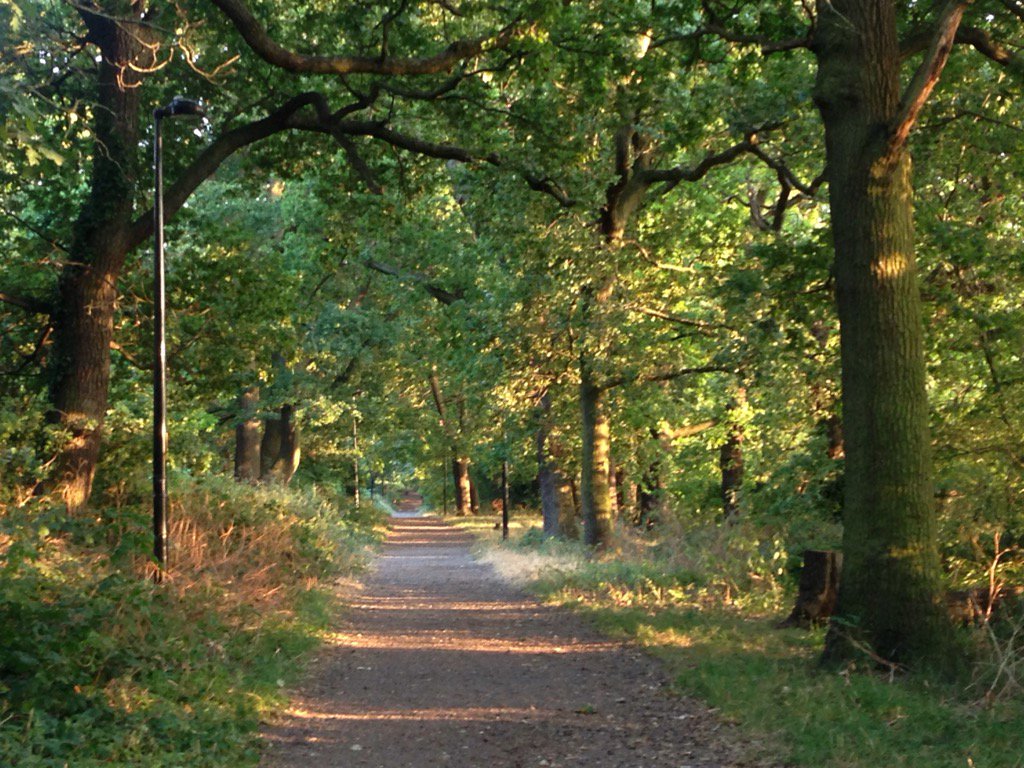 Mullard-valve man, a half-dement Sikh,
saunters on in front;
I shun his company now,
since proclaiming he’d
“lost his tits to a soup diet and diurnal power burning”
Not a healthy philosophy for a nonagenarian!

Back in the 50s,
my brother’s room was filled with his EL34 “milk-bottles,”
condensors, resistors, transistors, potentiometers.
An inveterate trader!
His latest shop, in a travel shop,
in a bulk-selling grocers, in the Saturday market,
sells slimming cures, fat tellies,
Morse signalling lamps,
and foolscap filing cabinets.

Unlike him, shortcutting only,
a man not enamoured of Nature and history,
I loiter to admire giant copper beeches,
allowing him to shuffle further ahead
in psychedelic trainers from Millets.

and resident institution cast-out
on his haunches, looking pitifully young.
Each day, repeatedly sectioning his brain
with boning knife,
crying with eyes screwed tightly shut,
undecided,
rocking angrily, dazed by pharmaceuticals,
trapping himself again
in apple-half consumption dilemma.
Once a world-travelling rep. for Olivetti typewriters,
until struck down by ECT;
his two homes,
here and the mission hut.

Escaping back to snaking tunnel of love,
striding briskly past grey squirrels
and raucously squawking green parakeets,
I arrive at the exit gate,
where, in a flurry of Autumn leaves,
Mullard-valve man metamorphoses
into robust desert Somali in full burka,
sailing in on green passage breeze;
bouncing nearer, ever larger,
skull and crossbones
on her black spinnaker?

Approaching where
the lane handshakes with lower road,
on that very corner opposite,
in an old building that long preceded the
Grove Tavern alehouse (closed and boarded up now
for development),
Lord Byron went to his second school.
Did he venture up this same route,
a narrow path then, before the railway came?
I know Ruskin and the Brownings did…
probably frequent visitors
Dickens and Mendelssohn too!

Passing through on to the pavement,
Albanians look foreboding
in their clapped out Transit creeping hesitantly
to red lights;
lying low, weighted down by copper signal wire
and second charitable helpings from St Botolph’s roof;
tailed by navy blue HM Customs van,
clandestine operation only,
need backup, and viewer’s help, to arrest.

The Lane Between Two Roads
by
Gothicman

A man of letters who likes words!