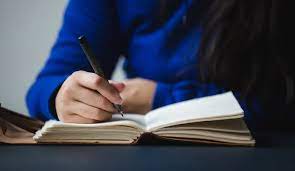 Silas Pax had never intended to court popularity and become a successful author whose writing would be hailed as the work of a genius.

All he intended to do was to tell the world how evil he was; to make a public confession of his guilt.

That he was a psychopath who had murdered people in cold blood was beyond dispute and yet the police had dismissed him as a fantasist.

“The bodies of three people, for whose murders I am responsible and for which I ought to be punished, lie in shallow graves.”

That’s how his self-accusation started. It was hand-written on Basildon Bond paper and Silas thought that no detail should be spared so that the enormity of his crime was evident.

He kept on writing and by the time he finished he was satisfied that he had included all the relevant points.

The ‘letters to the editors” of a national newspaper seemed a good platform on which his admission could be expounded.

He chose one with the biggest circulation and there is where he sent his manuscript with a covering letter.

The paper’s editor, after reading its content, found it so unbelievable that he assumed it wasn’t intended for his desk but that it was a submission to a story competition run by their magazine and forwarded it to the Arts editor.

The competition’s judges were so impressed by the fluency of the writing that they awarded it first prize.

Silas, who scanned the newspaper every day to see if his letter had been published, was astonished to be notified that his ”story” had caught the attention of a publisher who offered him a book-publishing deal.

Three executives of the publishing company sat around a conference table awaiting the arrival of their exciting new discovery.

Silas entered the room intent on putting the record straight, to tell these do-gooders, faux-liberals that they got it all wrong but as he saw the people in front of him, he looked flabbergasted

“ It can’t possibly be”, he muttered.

The trio facing him was an exact replica of his three victims.

“Zombies!”, he cried and, clutching his chest, suffered a fatal heart attack.

The publishers, looking at the inert corpse on the floor, seemed unconcerned.

“What a shame that such a burgeoning talent should suddenly die”, one of them said, “I wonder what brought it on”.

A very fluent piece that highlights your skill as both a prose and poetry writer. I trust that you will leave no memoirs with any incriminating material whatsoever, though that patrician profile of yours hints at many adventures.

I am employing a ghostwriter; I hope he’ll be discreet.