This was originally the tenth station in a twelve stations of the cross sequence. I’ve taken it out and made it into an ‘alternative reality’; partly influence by a play I watched years ago; setting the Passion in post war Palestine, and the occupying British standing in for the Romans. It worked quite well. 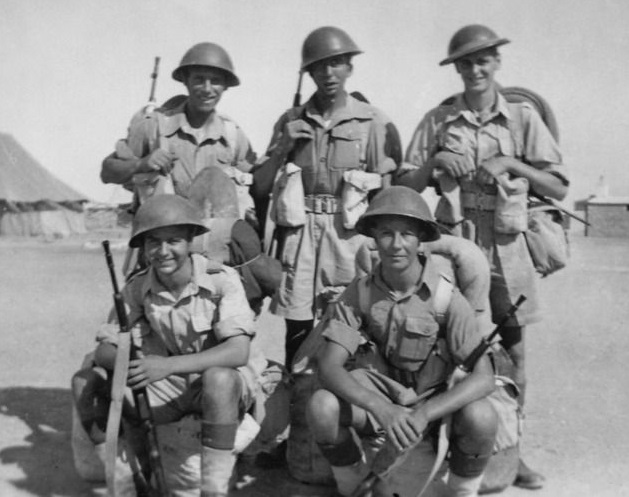 “Where is he now? Has he been at work elsewhere since that happened at Golgotha….what if he goes on and on, and suffers and dies, and conquers again and again, from world to world?”     (Ibsen)

More than I care to admit I still think about it; such a long time ago, in that hot country where I served with comrades, men trained for war, and not what passed for soldiering; just keeping the peace among those strange people, with their single god; fighting amongst each other and hating us more

The worst duty, crucifixion of yet another zealot, and my troop detailed to carry it out after the interrogation that had gone on for hours. And the priests shouting at our Governor for the death sentence, while I stood with the prisoner – Jeshua Ben Joseph; strange that, I can still remember his name.

For colonial soldiers, they were good lads in my troop; mostly Syrians, with a few Thracians and Cillicians thrown in; and ready to carry out whatever job they were given without complaint. But even so, it didn’t sit easy with us – executing that man; there was something about him; we could see that he wasn’t the usual fanatic.

So, we pushed him along with the odd rifle butt in his back, to show the crowd who was in charge; and as usual, they were divided, with some for the prisoner, and some against -yelling that he was a blasphemer; their blasted religion again, making more trouble than it was worth, trouble to kill a man for.

At the execution he was already done in; he just kept looking around as though he shouldn’t be there; but the cameras were there too, and they caught it all, with me and the lads put to it to carry out the sentence, knowing we’d  be the one’s blamed, when the video went to air.

Nobody dies well on a cross, that’s the whole point of it; so, we did the job, not liking it, but not making it any worse than it had to be; keeping our self respect and pride in our regiment. So, we got him stripped and we got him up, and we did it as soldiers, trained    to the job.

And the tradition was that whatever he had was shared, and I saw that it was done that way, looking after my men. And the camera’s caught that too – a group of soldiers squatting, holding their rifles, helmets pushed back, sorting through his stuff, some of it quite good.

And you can still see it, if you want too; what the video caught, in the heat and the dust, showing the lads grouped around the cross; but you don’t see a lot of him then; just his bare legs and his feet on the rest, and every now and then a flex, as he took his weight. But I never watched the later stuff, not even the bit where I said what I felt.

It was a long time ago; and now I sit on my terrace in the Alps, with a glass of cold wine, remembering so much. That day the world changed, but we didn’t know it then; just another execution; but people watched the video and so it began; and what I later said, well, they still come up here to ask me again. But no, I won’t speak now: an innocent man died – and as if that wasn’t enough.

Great work, Dougie… This reminds me of T.S. Elliott ‘The Coming of the Magi’. I was all prepared to question it’s inclusion as poetry. But… I got lost in the narrative and the label faded to background… Lyrical and poetic it certainly is, made so not by high sounding language, but by matter of fact and concise language suitable to its ambition… I shall read the this many times I’m sure…

Thank you for the warm comments, it was very encouraging. And It has also earned a nib! But I need to add, that the format was not what it should have been; when I copied from my file it spread out the text, so I will see if I can remedy that.

At present I’m just enjoying the glorious weather; mostly outside as any stalwart Englander – putting up a new garden shed!

Powerful piece. I would almost like to see it really made modern, maybe a hanging or firing squad instead of crucifixion, jet aircraft streaking overhead.

Thanks for the comments, much appreciated. As to any further modernising, I’m afraid I can’t oblige on that; I feel it is just as it is; but thanks anyway.

This is an excellent, bold and thought provoking piece. It contains everything that a poem should, and leaves one wondering at the wonder of it all.

Thank you for the comments; it means a lot to have ‘seasoned’ poets give newcomers like myself support. I’ve been out of action the past week, but hope to be able to edit it as I mentioned above.

This alternative reality brings out the perspective so well. Well done.

Thanks for the praise; though I’m still not happy with how it formatted. I’m going to try and put it in again one word at a time – should be interesting

A Soldier Remembers
by
Dodgem