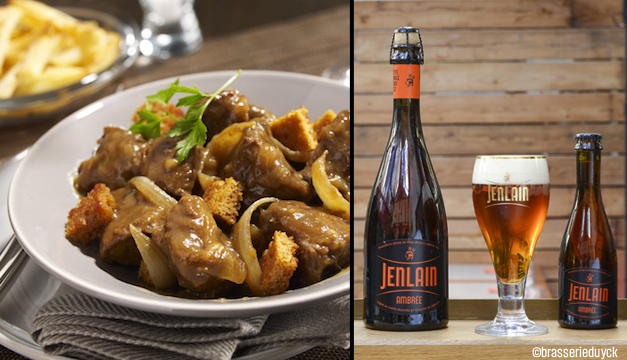 I’ll see how this goes before I post part 3

There’s not a soul or building in sight. I don’t know why we’ve stopped, but I do know Guido could blow my fucking brains out and be in France before my body goes cold. I feel like Cary Grant, except the maize is green.

Guido frowns and squints. I can almost hear his brain turning.

Guido nods like it was news he was expecting.

He turns the ignition key and the little diesel comes to life. He spins the car round in a tractor opening.

‘We go back to the hotel and get the car. You should get it out of sight. I have a somewhere we can put it. After, we talk.’

‘That’s great, Guido. You saved me a trip to Ostend airport.’

‘Bien. I should have guessed you would do something. My place is better than any airport car park. No cameras.’

It seems to take half the time to get back to the hotel. When we get there I get the Chrysler and follow Guido out the carpark. We go straight onto the motorway and I follow the Peugeot south down the E303. After about 45 minutes of motorway monotony a sign with a red cockerel on a yellow background tells me we’re crossing into Wallonia. French speaking Belgium. We leave the highway and take ordinary roads and then narrow country lanes. We drive across wide skied flat farmland mixed with woodland. After fifteen minutes we dive onto a tree-lined track about six inches wider than the fucking yank-tank. The trees thin and we drive between rows of structures with plastic stretched over metal frames like tents. Inside there’s tables holding hundreds of low boxes packed with green leafed plants about a metre off the floor.

Guido stops outside an old square building with a high pantile roof. Could be either a barn or a warehouse. Its red brick walls glow in the low evening Sun. He gets out the car and pushes open one of a pair of two-metre wide doors covered in dull green paint hanging in loose flakes. He points inside and I edge the Chrysler through the gap. Guido has to push the mirrors shut so I can get it in. I park between the wall and a pile of rusty farm gear. It looks like neglected museum pieces. The bare brick walls go right up to the exposed roof joists. I can see light coming through in a few places.

‘The other door is hard to move. I use this building for storage only.’

‘What’s all those plants in the plastic tents?’

‘My sister’s farm. I bought into it when her husband died. We run it together. Mostly fruit trees. The strawberries were my idea. Less investment than tomatoes, almost as profitable. We keep it small. One full time ex-legionnaire and a few reliable local people at harvest. No need to attract attention by getting too big.’

‘Nobody does where I grew up, Guido.’

I get in the Peugeot with Guido and bounce over a different track between fields lined with stubby trees heavy with growing fruit. Apples on the right, pears on the left. It opens out to a wide square. Facing us is a long low building. Looks like a stable except it has big round-topped doors and tiny windows. It could do with a lick of paint. One of the doors is open. There’s a classic grey Massey Ferguson tractor inside. It looks spotless. I point to it.

‘You still use that?’

‘Not for work anymore. He was my Father’s. My sister wants to sell him, but I want to keep him. He is worth much money now.’

On the right is another low building. It’s painted white. It’s got a terracotta pantile roof like all the other old buildings. It’s in perfect condition. Obviously the farm house. On the left there’s a bloody great dark green cladded warehouse. It looks recent. One of the enormous sliding doors is pushed open. Inside there’s stacks of wooden boxes like the bushels we used for fruit on the markets when I was a little kid, but these are pallet size.

Guido swings the car round the side of the farm house and we park on a gravel drive in front. The buildings are screened by big evergreen shrubs and mature trees. A narrow drive leading to the road cuts through them.

The riveted oak door swings open. The varnished wood glints in the setting sun. Guido’s sister dressed in expensive looking casual clothes holds it open. She’s as short and round as her brother is tall and slim. I’ve met her before. In Paris when I was on leave years ago. She was thinner then.

She don’t look too pleased to see me, but she’s polite.

Her English is near perfect. She was a teacher in France before she got married. We greet each other with the typical Belgian three kisses on the cheeks

‘Bonjour, Fransijn. I hope I won’t be too much trouble.’

She smiles and shakes her head. ‘Come into the living, I have prepared carbonade. I remember you liked that.’

We follow her into the living room. Oak beams brush the top of me and Guido’s head. She leads us to a heavy round table the wood stained so dark it’s like ebony. The room’s furnished with traditional French rural furniture. Pure white plaster on the walls and ceiling offset the beam’s darkness. We both sit at the table. Fransijn goes to the kitchen and comes back with two bowl shaped glasses in one hand and two open bottles of trappist beer in the other one. She goes back to the kitchen. Guido pours.

‘Jess. I don’t want to spoil your meal, but before we eat we have to speak about certain things.’

‘Takes a lot to put me off my grub, Mate.’ I say, trying to make a joke about something I reckon is serious.

Fransijn returns with a glass of red wine and sits opposite me. She looks at Guido and nods. I might have frowned or something.

‘It’s alright. Fransijn helps us sometimes. . . . Jess, these people Harry is sending you to see are very dangerous.’

I go to speak. Tell him I know that, but he holds up his hand and I shut my face.

‘After you contacted me I was worried. There are some very hard people in Anvers these days. I asked around of course. I had to understand what you were doing. When we found out who these people are and what they do I was very concerned. They are animals, Jess. For you to be involved with them would be a big problem for us.’

‘S’far as I know they’re just a bunch of ringers. Harry wanted me to persuade them to work with his bloke in Belgium. He wanted me to do it in case things got a bit heavy.’

‘I know now you believe this. But I was suspicious, Jess. I had to be sure you were telling the truth. These people are do much more than steal cars. It is a hobby for them. They deal in people. Drugs of course and many other things. One of their “services” is assassination. Even killing someone like you would be like swatting a fly.’

‘Yes, Jess. I am afraid so. We think Harry wants you,’ Guido seems lost for words, ‘dead. I am very sorry.’

‘We do not know, but we think the Chrysler is payment. You are not supposed to return to the UK.’

‘And if you hadn’t believed me?’

‘The Chrysler would be crushed into a cube. With your body inside of course.’

I laugh. I sit there and laugh until I nearly piss myself. What the fuck else could I do?

G, flows nicely from the last part. The dialogue as always has your touch of authenticity, and moves the story along well. Looking forward to the next instalment.

Did you intend to use “my” in this sentence – “Oak beams brush the top of me and Guido’s head.” You don’t use it elsewhere in the story and seemed out of place.

You don’t need a comma in this sentence, and I would suggest you italicise Le Fermier

You spelled the name incorrectly – “Fransin goes to the kitchen”

Thanks B, I won’t change me to my in this case because as far as I can remember from my days working in Bermondsey they would say it that way. I used my elsewhere ‘cos he was trying to be polite. The problem I have is that Jesse speaks French very well because of his background after he had to flee the UK as a young man (more about that later) and sometimes would be talking to Guido in French. My French is basic to say the least and long dialogue in that language would be no good for English… Read more »

Okay, I see on second reading he doesn’t necessarily trust Guido. Great character, your Jessie, laughing at his employer wanting to off him.

A Return Journey Part 2
by
Guaj