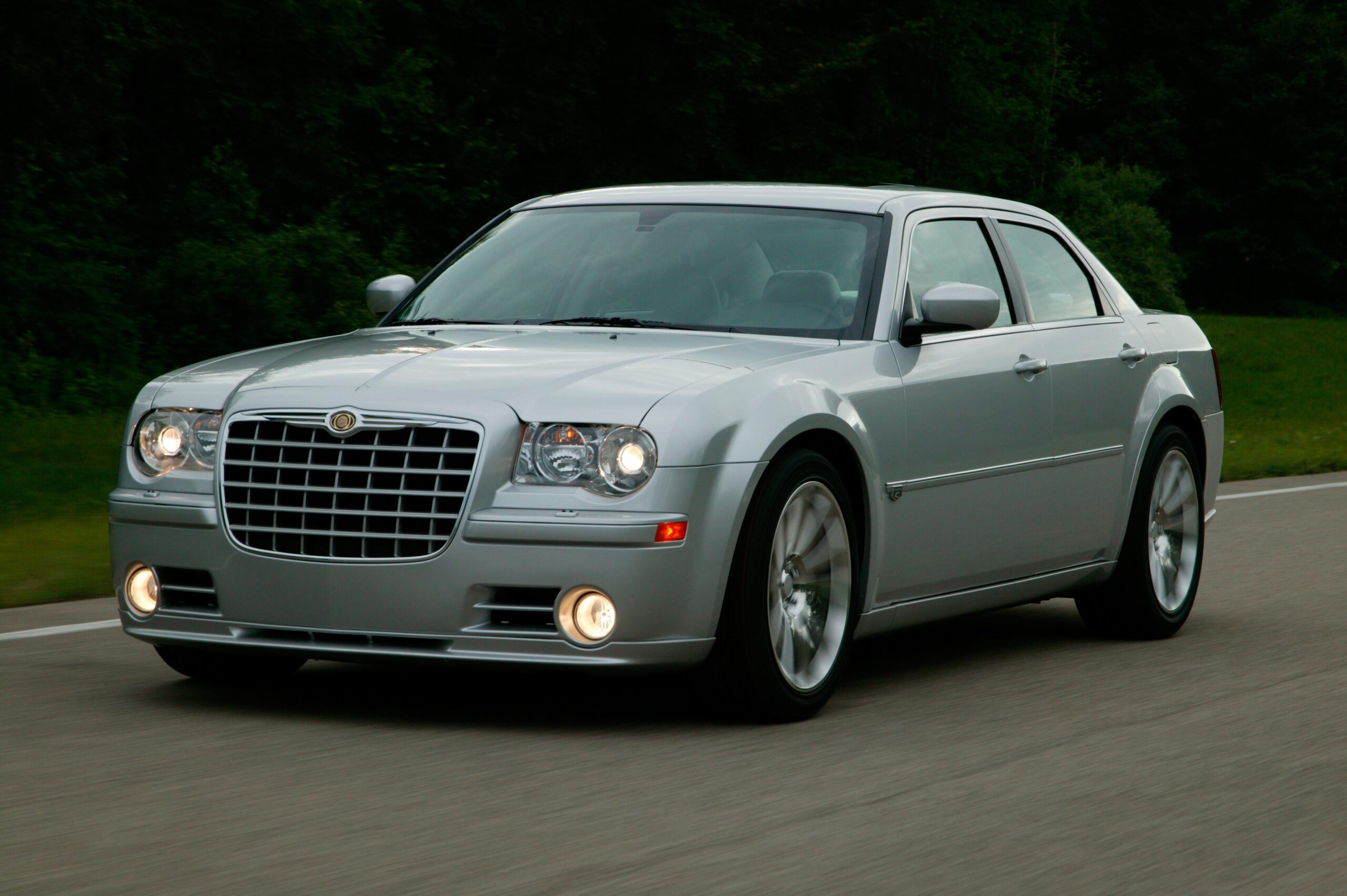 COMING ROUND THE LAST BEND ON THE A2 I get full view of Eastern Docks. The clock on the dash says, 11.21. The sun’s out and the English Channel looks like the Mediterranean. There’s a P&O ferry coming out the harbour. The white top’s bloody dazzling and it’s wake’s glittering in the sunshine.

The road curves sharply as it drops down from the not so white cliffs of Dover onto the roundabout at the docks entrance. I ease the motor to the right and just about squeeze the bleeder into a parking space outside the booking-hall.

I ain’t happy with the car.

‘It’s too flash,’ I told Harry when I went to pick it up.

‘Jess, if you wear a whistle the customs won’t bother with a car like this.’

‘I wanted something more low-key. What’s wrong with an Audi or something?’

‘I chose this special. This is a classy car.’

‘Classy? Brassy more like. I can’t afford to stick out. You know that, Harry.’

‘Listen, mate. This is a Chrysler 300SR import. It’s got a bloody great V8 lump and it’s kosher. I’ll give yer all the papers. You won’t have no trouble.’

‘I don’t care if it’s got a fucking Spitfire engine it’s too flash. Bloody thing’ll cost a bleedin’ fortune in petrol.’

‘You’ll have a monkey for the juice. That should be enough. It ain’t a jumbo-fuckin-jet.’

I kept looking at this bling-machine and shaking me head. Harry put his arm around me shoulder.

‘You’ll need respect from those blokes in Antwerp. This car’ll be perfect. Trust me, ‘sides it’s a left-hooker. It’ll make driving easier over there.’

‘Jess. These bastards are tough bleeders.’

‘Take the fucking wheels, Jess or I’ll get someone else.’

I looked up at the sky and whistled. He knew I was the only bloke who could do a job like this.

‘I’m not happy with the jam-jar, Harry.’

THE BOOKING HALL SMELLS OF STALE FOOD AND A THOUSAND SWEATY TOURISTS. Inside there’s the usual white noise of everybody talking at once punctuated by mothers snapping at their bored kids. After a lungful of piss-stink in the gents, I join the queue at the P&O desk. I buy a one-way ticket to Calais and a Club-Plus upgrade. Cash.

As if I needed bloody telling.

‘Go to the club-lounge its quiet. You can get yer head down. Take one of those priority tickets. They’ll bung the motor right up the front. You’ll be first off and y’won’t get no caravans getting in the fuckin’ way.’

Two hours later I’m off the The Pride of Burgundy. Out the trap like a greyhound at Walthamstow. In less than ten minutes I’m past the empty police-hut and on the motorway. Harry was right. There weren’t no passport checks in Dover or on the French side. Border controls? Lazy bastards.

Although this car’s a bleeding maniac I keep to the speed limit. It ain’t long before Brit plates are passing me like I’m standing still. Pricks think they’re immune because they’re in a foreign country. If they wanna get dumped in France with marked car and no fucking driving licence that’s up to them. Last thing I want is problems with the law.

Harry’s arranged a meet at the Antwerp Crown Plaza, but first I’ve got a meet of my own planned for tonight.

Harry don’t understand the technicalities see. Scaring shit out of people is one thing, but anything permanent? He don’t appreciate the risks. So far it’s been alright, but last time he only wanted to send me girls from his one of his clubs as a thank you for doing some pervert who’d been stalking them. Girls from the town where I did the job!

‘Can’t have that,’ I told him. I even threatened him.

Now, he only comes up with this motor don’t he? A bloody great pearly-white yank-tank. Might as well stick a fucking sign on the roof saying, “dodgy geezer inside.” No. Don’t understand the technicalities does Harry. That’s why the car’s gonna be parked up somewhere quiet – an airport or something – until I’m finished.’

The the girl at the desk nods and starts tapping her key board.

I give her my ID card. When she clocks the insigia she colours up.

That old legion card works wonders and it ain’t even my one.

When I get to my room I have a shower and change into jeans and a t-shirt. I switch on the box. There’s a programme on National Geographic about plane crashes. I wait.

At exactly six-thirty there’s a knock on the door. I open it. Guido van Ursel’s standing there. He looks straight at me. Says nothing.

He smiles. ‘Legio Patria Nostra. Good to see you, Jesse. Shall we go?

Out in the car park Guido goes over to a grey Peugeot. Bloody thing looks the same as a million other cars in Belgium. He spots the Chrysler.

‘Yeah I will. Harry’s idea. He thinks it’ll get me more respect.’

‘I mean be careful of this Harry, my friend.’

Guido looks at me sideways.

‘If you are in trouble, Jess, I must leave this hotel alone.’

That pisses me right off.

He gets in his car and closes the door. I’m standing there like a spare prick. After about thirty seconds he starts the engine and opens the passenger door. I get in. Nothing more needs to be said.

Guido takes small roads into the countryside. After I don’t know how many miles, he pulls over and parks on the verge. We’re surrounded by fields. It’s so flat if you stood on a chair you’d see for twenty miles. There’s not a soul or building in sight. I don’t know why we’ve stopped, but I do know Guido could blow my fucking brains out and be in France before  my body goes cold. I feel like Cary Grant, except the maize is green.

Authentic dialogue carries this along and is pushed along by Jess’ commentary. The ending leaves it open for the revelation of the next part.

Thanks B
I’m not sure if I will continue with this. Part 2 was done a while ago but I think it needs a good edit/rewrite. Part 3 also. There is a lot more depth to Jesse than just a psychotic hit-man.

Natural depiction of a modern outlaw. Nice tense leave at the end.

Thanks CW. Sorry I took so long to reply.

A Return Journey
by
Guaj