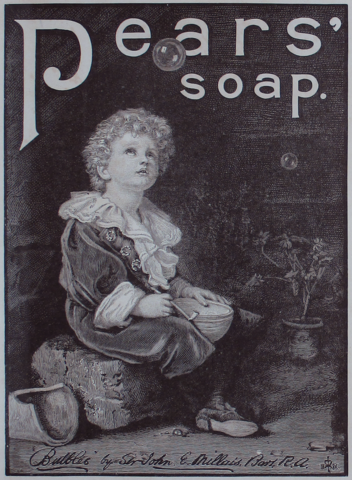 The South Sea Company was formed
to reduce the cost of the national debt.
In 1720 the shareholders were informed
that in return for a loan they would get
5% interest on the sum they advanced,
the monopoly to supply slaves and trade
with South America. As this enhanced
the stock value, huge profits were made.

The country went wild; other schemes,
some very dodgy, were hastily contrived
and were the basis of numerous dreams.
Every trick in the book was tried.
A company was set up to buy Irish Bogs,
one to make a gun to fire square balls.
All those enterprises held people agog,
just a few ignored the siren’s call.

The situation was highly mesmeric
everyone, whether a plebeian or a toff,
a parliamentarian, a civilian or a cleric,
would have had his snout in the trough.
Investors converged like bees to honey
and the project was successful at first
but ultimately everybody lost money
when the bubble eventually burst.

Frantic bankers invaded Parliament;
to restore order the Riot Act was read.
The fiasco’s aftermath was turbulent
and demand for vengeance spread.
It seems the King was also involved
together with two of his mistresses
but of the charge they were absolved:
there was no proof and no witnesses.

‘The best-laid plans o’ mice an’ men’
as one poet said, went terribly wrong.
To this catastrophe no one said “Amen”
nor jumped for joy and burst into song.
It’s easy to say that they were too naive
and gullible to have joined this scheme.
It may be obvious but still many believe
that making a fortune is not a pipe-dream.

Ah yes! and it still goes on. Bankers developing more devious ways to swindle the unwary or the gullible out of their hard earned cash.

BTW I remember my dad said that he met the man who as a boy sat for the picture. the real Bubbles.
I think he was a rear admiral in the Royal Navy,. A fascinating little titbit if true. My dad told many a yarn and it’s too late now to ask him what was fact and what was embellished haha

Alison, there’s always been conmem and gullible people and this sad situation will not cease unless we become more savvy and vigilant.
John Millais’ painting was modelled by his five-year-old grandson William Milbourne James
It is quite possible that your father met him as there was a person by that name (Admiral Sir William Milbourne James GCB 1881- 1973), nicknamed ‘Bubbles’ due to the painting for which he posed for his grandfather, Sir John Everett Millais.
Luigi x

Yes! That was him. My dad met him at some point as dad was in the navy during the war. The admiral was called ‘Bubbles’ because it it. I now have to try to discover if he was chased off an island with his mates by giant crabs which lived in trees! lol Alison x He told some great tales. I wondered about the crabs until as a child I saw one pinned over a door in the Glasgow museum,. They were every bit as big as he said! And don’t get me started on his run in with a… Read more »

Coconut crabs can grow to 3 feet, climb trees and attack birds.
I haven’t been able to find any reference to the admiral and his crew but I read that, if threatened, the crabs may display aggressive behavior and can be quite dangerous.

Not easy to keep the ekphrastic rhyming going, Luigi. Thanks for the history lesson encapsulated in this clever poem.

True Tony. Thanks for reading and commenting. 🙂

Luigi, I had to google ekphratic poetry – then it all made sense (I can see I have a lot to learn); and yes, it works well for me.

Cheers, Dougie. There was a time when I didn’t know what ekphrastic meant, then the dictionary came to my rescue and that word was added to my vocabulary. Every day I learn something new and it must be true for everyone. I am pleased that this poem resonates with you and thank you for letting me know.

Luigi, you are a master of ekphrastic poetry. Dodgy investment schemes are nothing new as you reveal so beautifully, and there will always be those who get hooked on the hype of easy gains.

Yes, Bhi, there are plenty of suckers ready to be easily duped.
Thanks for your kind words.