To be read with caution. Some may find it too saucy.

#
Joe had led a less than exemplary life; in fact, to say that he had been dissolute would not be an overstatement.
He knew that eventually retribution would be meted out and he’d be in line for a big dollop.
Now that he was dead, he expected to be in the antechamber of Old Nick but could see no flames, no wailing, no gnashing of teeth or any other signs of torment.
Surely, he couldn’t possibly be in the other place among angels and cherubs singing and harp-plucking!
He never thought that there could be a third way, but there was. Of course, he had considered Purgatory but only as a waiting room and for a very limited time.
No, the alternative destination that he had reached was none other than Earth itself. As he had shuffled off his mortal coil in that very place, this could only be a dream.
Seeing a young chambermaid opening the curtains and letting the sunshine into the bedroom in which he found himself, convinced him that this was no dream.
‘Good morning Mr. Finklebrick, I hope you slept well.’
Joe Bloggs was flabbergasted. ‘Who the hell is Finklebrick’, he asked himself, but did not dare to show his ignorance in front of the girl who, having placed a breakfast tray on a table, had now left the room.
He got up, noticed that he was wearing silk pyjamas, muttered to himself that somebody must have played a trick on him as he always slept in the nude and proceeded to explore the place.
Next to the tray, laden with hot buttered toast, a pot of Darjeeling tea and various jams and marmalade, was a basket of flowers with a note:
“With the compliment of the Excelsior Hotel’s management.”
He wished that the management had complimented him with a full English rather than this continental breakfast but he had to be grateful for their consideration.
The day was still young and he luxuriated in the bath for a long time before returning to the bedroom wrapped in a warm bathrobe.
He looked at himself in a big mirror and the reflection perplexed him. Instead of a fat man with a pudgy face and a flabby belly, he saw an individual with a well-toned body that didn’t resemble him at all.
‘There are more things in heaven and earth Horatio…, he muttered, as he was wont to do, and understood what had happened: the Extraterrestrial Despatch Department had cocked it up, pure and simple.
The misdirected soul of Joe Bloggs had been delivered to the wrong address and, mistakenly, they had taken that of Mr. Finklebrick who, Joe assumed, was not yet on the departure list.
While he was inspecting a big wardrobe full of designer suits, trying to find a suitable garment to wear. the phone rang.
‘A young lady to see you, Sir.’
His old lecherous instinct resurfaced; if a woman was looking for him he was game.
‘Send her up to my room, please.’
There was no time to ruminate on the why and therefore of this odd situation as the door opened and a busty blonde pounced and enveloped him,! in an effusive embrace.
‘Kevin, darling, now that ‘dear’ departed Joe is no longer with us we can be together at last.’
‘Ann!’. Joe exclaimed.
‘What’s the matter, dear? You look as if you have seen a ghost.’
Which was the case, in a matter of speaking. This voluptuous woman was his ‘grieving’ widow who had denied him sex up to his dying day on account of a permanent headache and yet was currently busy discarding his bathrobe and doing a very satisfying job on his erect penis.
He marvelled at her expertise.
He mused for a while. He wasn’t a religious man but suddenly a biblical word came into his head, Revelation.
‘Upon my soul’, he sighed.
‘If this is the penalty I have to pay, I can live with it’, he said philosophically, pitying poor Mr. Finklebrick who was missing out through no fault of his own but because of an inefficient organisation.
© Luigi Pagano 2020 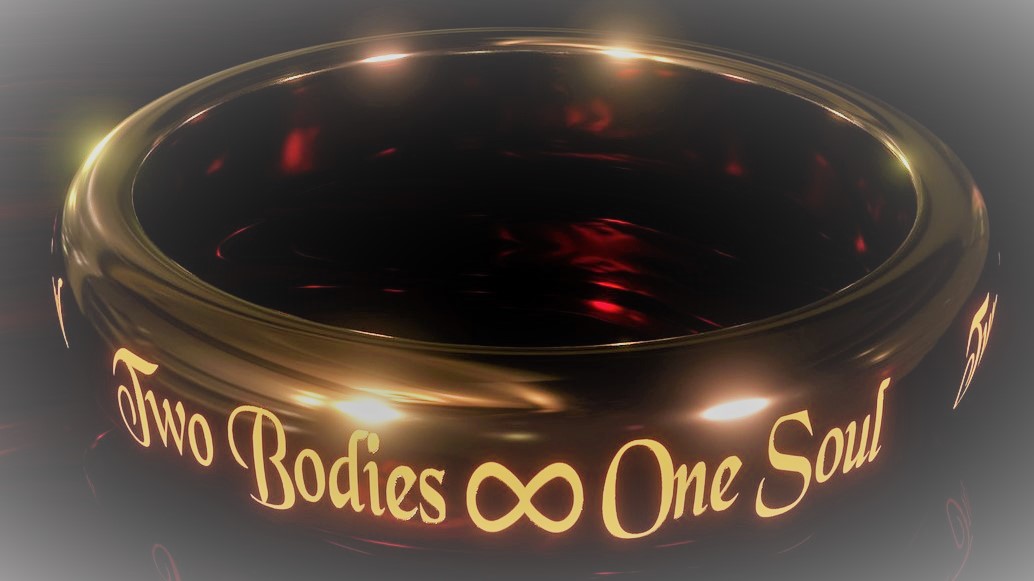 Another entertaining story, Luigi.
Goes to show that incompetent departments really are universal. 🙂

Yes Steve, and it seems that there are quite a few.
Thanks for stopping by and commenting: I was waiting for someone to tell me their honest opinion about the piece but they all chickened out and avoided the issue. I don’t understand the reluctance of people to criticise. 🙂

Upon My Soul
by
ionicus