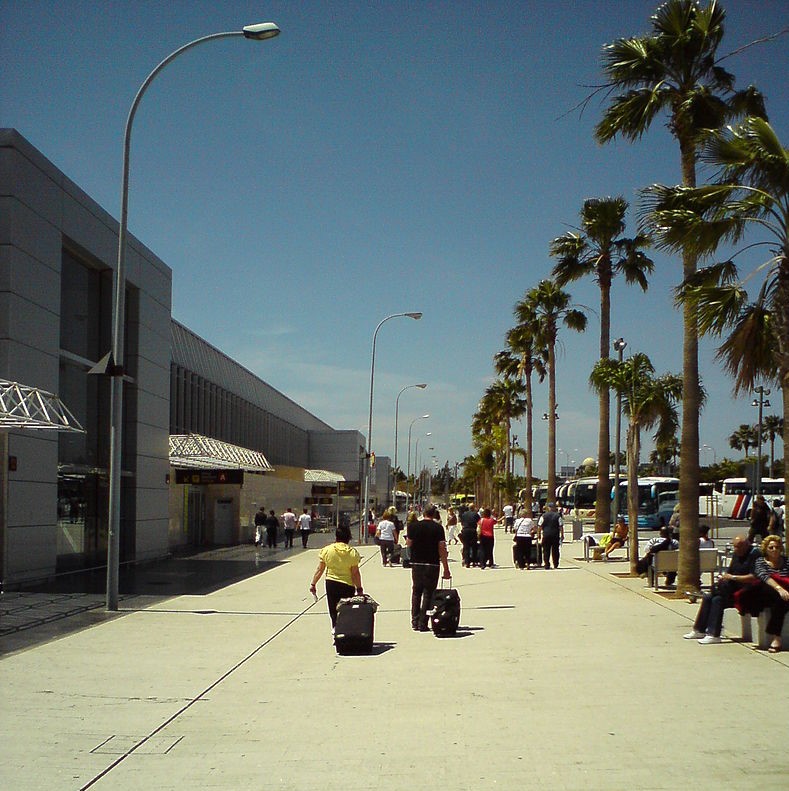 Caution some bad language in this psychotic little piece. Apologies for the odd bits of Cockney slang.

Another day by the pool. Gets a bit boring sometimes, but I got to admit Tenerife’s pretty fucking handsome. I mean, 24 degrees in February. Can’t be bad. Been here a week now. I go back tomorrow. Quite liked it really. I might inquire about getting a drum down here, but then again, that might be pushing it a bit.

I did my homework before coming here. Sussed things out like. Tenerife was a good idea. Take a cheap week self-catering. Be a tourist on a budget, blend in. Flying out of Manchester was a nice touch I reckon.

It worked out better than I expected. Got hooked up with a bit of tit called Karen from Salford. She must be about twenty years younger than me, but that didn’t seem to bother her. She weren’t really my type, but it gave us both something to do. All she wanted was cock for a week and I needed to pass the time. I’m not much of a cook and what she likes to eat ain’t on sale in Tescos, so we dined out every night before “retiring.”

She was a bit curious. In bed she kept asking me how I got my scars. I told her I was in a car accident, but then she saw this little star shaped one just under my right nipple.

‘Got shot by some bloke called Dirty Barry from Bermondsey,’ I told her.

She just laughed. ‘Nah you didn’t. You’re not as tough as you look.’ Then she licked it. ‘All better,’ she says. There’s nothing like the truth when yer don’t want someone to believe yer.

We had some nice evenings, the food’s pretty good round here, and so are the bars. One night was bit shitty though. Some fucking monkey-face from Liverpool pissed-up on euro-a-pint San Miguel tried to wind me up. Kept coming up asking Karen why she was with some old Cockney.

She can handle herself, I thought she was going to bottle him at one point. I managed to settle things down though. I bought him a couple of beers. We were best mates after that. He even came and sat at our table. While he was there, I clocked his wrist band. He was staying at a hotel just around the corner from ours.

‘I dunno how you stayed so calm,’ Karen said after we left the bar.

‘He’s just had a few too many. Nothing to get worried about gal. Getting angry don’t solve nothing,’ I told her.

Funny thing is, a couple of days later when Karen was out shopping with her mates, she saw the scouser hobbling around on crutches. She said his face looked like he’d run into a wall.

‘Prob’ly fell down stairs,’ I said.

Karen’s with a different tour company. She went home this morning. I give her a good farewelling last night. She wants to meet up when I get back. No fucking chance. Her leaving early was very handy. I got things to do.

Today I’m in this little green and white island-hopper bouncing around as it comes into land on Lanzarote. It’s the first flight out of Tenerife. I booked a return trip the day after I arrived. Paid cash. It’s mostly full of Spanish locals doing business, but there’s this English couple in front of me getting on my ear ‘ole going on about how beautiful the volcanoes are.

I don’t have any luggage, there’s no passport controls. Once we’re on the ground it don’t take long before I’m outside getting into a maroon and white Merc. I ask the taxi-driver to take me Costa Teguise.

Twenty minutes later, I’m standing outside a hotel opposite the Las Cucharas shopping centre. It’s early, but the sun’s bright and I need me shades. Most of the shops are shut. I lean against a wall and check the map I Googled last week. I know where I need to go.

A ten minute stroll up Calle de las Acacias takes me to where I want to be, a little place called Bar Escondrijo. It’s closed, but the doors are open and the tables and chairs are outside. I can hear the bloke I’ve come to see inside mopping the floor. I sit at a table near the doors in the shade of some sort of palm tree and wait.

It takes a few minutes before the geezer inside sees me.

‘What, even for Jesse James?’ The mopping stops.

Bob-the-knob Swales comes over to the table still with his mop in his mitt. He’s wearing a black T-shirt with “DILLIGAF” written in white across his tits. The look on his boat says he does.

He’s put on a lot of weight. He stands there for nearly a minute scratching his shaved skull.

‘I’m having a bit of a break. Thought I’d come and see yer while I’m here. See how business is.’

‘It’s alright. Yeah. Bit quiet, but I’m getting along.’

‘You staying on the island?’

‘Yeah, the hotel down the road. Flew in last night.’

‘You know me, Bob. Always was an early riser. You gonna get me a drink?’

I sit by the bar and look around.

‘You clean this place all on yer todd, Mate?’

‘Yeah. Don’t take long once you get into a routine. Gotta get it done early, fucking punters start ‘angin’ around even before its ten.

‘That when you open?’

‘Not before ten-thirty. That’s the rules.’

‘This is a nice place you bought with Jack Petit’s cash, Bob.’

He nearly drops the bottle of Dorada he’s pouring out for me.

‘You still working for him?’

Bob puffed out his cheeks and blew, like a ton weight had been lifted off him.

‘So, you’re just here on holiday then?’

‘Yeah, thought I’d have a look round. Take a leaf out of your book. You know, set something up here. Also, I want to give you a word of warning.’

‘Word’s out, Jack’s getting impatient for his money. He backed five blokes. Here and on Tenerife. Three of ‘em are behind. I hope one’s not you. I wouldn’t want to see an old mate get hurt.’

‘Things have been a bit slack, Jess. Out of season, you know how it is. I’m gonna send him something soon. If you see him when you get back, tell him that won’t yer.’

‘Yeah alright. I’ll see what I can do. Anything for a mate.’

I go inside and hang about for a while then flush the toilet. I yell through the closed door.

I hear him outside. ‘Fucking tourists. They never read the signs. They’re always flushing paper down the bowl.’

Bob pushes the door open. I’m standing behind it. As he comes in I grab him by his fat neck and slam his face against the tiles, a couple break and bits stick in his skin and into one of his eyes. He goes down. I push his head over the toilet bowl. Before he comes round and starts to struggle, I have the ceramic knife I brought especially for this occasion sticking in his jugular. I hold him while he bleeds out down the toilet. Sounds like somebody having a piss. Not a drop goes on the floor. Even though I say it myself, it’s very neat job.

Just to convince the other fuckers that Jack Petit really does want his money, I get a bottle of Bacardi 151 I found behind the bar and pour it all over Bob-the-knob’s head. Using his lighter, I set fire to it.

I watch to make sure the fire don’t get out of control. Takes about ten minutes for Bob to burn out. When he’s done he looks like a suckling pig. All he needs is an apple in his fucking gob.

I close the bog door and stroll out the bar. It’s quarter to nine in the morning. There’s no one about.

By three, I’ll be just another tourist at Tenerife South waiting for his flight home. Tomorrow morning I’ll be on a train to Euston.

This is very strong piece! Well paced throughout driven by the dialogue.

Thanks B,
Very odd that while I was commenting on your piece you used the same term, a strong piece. Great minds huh? 🙂
I will make those corrections, thanks.

The original was published several years ago in an on-line crime mag (my copyright), but this is a slightly altered version to shorten it.

Quite bit of dodgy deals used to go on in the Canaries. (probably still do to a lesser extent)

The pacing and the violence, casually delivered, reminded me of Lock, Stock and Two Smoking Barrels – debts always have to be paid no matter what – and Reservoir Dogs.

Your work is well suited to the screen.

Enjoyed the noir. Really am attracted to your subject matter and your well painted, realistic characters. My minor suggestion on this piece is to have the protagonist casually ask Bob-the-Knob if anyone else is in the bar or is expected.

You make a good point, CW. I’ve tried a little change. I’d be interested in what you think.

I actually based the bar on one I used sometimes when I lived in Lanz. for a while.

Guaj,
You slipped just the right phrasing in the way Jesse asked Bob if he had any help and asked when did he open. God fix, and i believe you put a little more story in as well.

A Short Break
by
Guaj