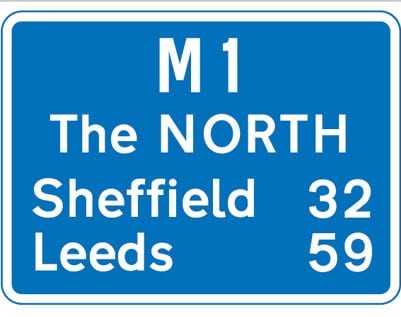 I don’t know why I did it – I never do it. But I did. Maybe it was the greyness, the numbing drizzle which threatened full-blown downpour. Maybe it was love at first sight.

With the neat rows of Milton Keynes architecture an easily forgotten memory, I stopped to fuel-up on Junction 15a. Job done, I arranged an open bag of Mini-Cheddars on the centre console and a can of Pepsi Max in the door pocket and prepared for take-off.

He stood, half-hearted thumb in air, on a carefully chosen spot by the out-road where vehicles of any size could safely pull over. He wanted to go to the Lake District.

‘I can take you as far as Preston.’

His tent-roll and dark purple back-pack the size of a Labrador was surprisingly light. We laid it to rest on the back seat. As soon as we hit the M1 I noticed its faint tom-cat smell of damp canvas and Nylon. The windows started to steam up from the moisture on his clothes.

Even though the air-co eradicated it in a second I felt the pang of irritation sharpen my senses to the odour of earth coating his well-trodden Mephistos. In the pit of my bowels regret began to ferment when I calculated the two-and-a-half hours we would spend in this tin-can together.

The promised downpour pounced and for the next twenty-five miles the cockpit remained tensely silent while we sprayed our way in lines of misty hazard-lit traffic. As often happens during high-speed road running, the rain stopped as quickly as it came and the clouds burst apart revealing a fine spring day. Grateful for the easing weather and his realization of the need to shut-the-fuck-up during dangerous driving conditions, I offered him a dip into my bag of Cheesy snacks.

He declined with a polite, ‘S’ok.’

I’m not much of a conversationalist when I drive. I like it quiet, but I felt I should say something.

‘I’m glad that’s over. I hate driving on motorways in heavy rain.’

Ten wordless minutes passed while I mulled over his economic response and snuck glanced inspections of my travelling companion during frequent checks of the nearside mirror. Leaning back in his seat staring ahead he looked at ease. Two-day old stubble cast red-brown shading across his lean face and neck. Wispy curls of honey-blondish hair escaped from the rim of his khaki beany.

‘I wondered if you can drive. You said you hated driving in heavy rain.’

He must have noticed the panic in my voice or maybe there was fear in my eyes. His friendly, rumbling chuckle reminded me of Dad’s.

‘My coat, I should have taken it off when I got in. It’s warm in here.’

The temperature control was set at 21 degrees, comfortable for driving but too much for five layers of hiking clothes.

The seat belt alarm began its rhythmic ping-ping-ping while he tried to wriggle out of his bulky coat. Being unable to pull over on the motorway, he fought the garment in the enclosed space for some time. By the time he de-pelted, the alarm had increased in urgency and reached max-volume. It felt like a fire-engine was tail-gating us.

Easily slipping out of the next layer, a blue fleece with orange piping, he re-attached the seat belt. The din stopped, but my ears continued to ring. After dumping his neatly folded clothing over the sleeping Labrador, he whipped off his beany and threw it over his shoulder.

‘I hate that thing, makes me look like a serial killer.’

I enjoyed this take on the hitchhiker theme very much, and it did leave me with the suspended question.

Just one little critique; “but too much for five layers of hiking clothes”

He must have been observing him pretty closely to know the man was wearing 5 layers. The number just jumped out at me.

I’m not sure why I chose five layers I used to ski but I can’t remember how many layers I had However if you count a t shirt, a normal shirt, a jumper, maybe a body warmer then a waterproof hiking coat that would be five. I honestly didn’t think it out when I wrote it but five seems ok I suppose I like your eye for detail you would probably make a very good editor Thanks B O n re reading. I noticed the hiker had a fleece rather than a body warmer I imagine the driver assumed the… Read more »