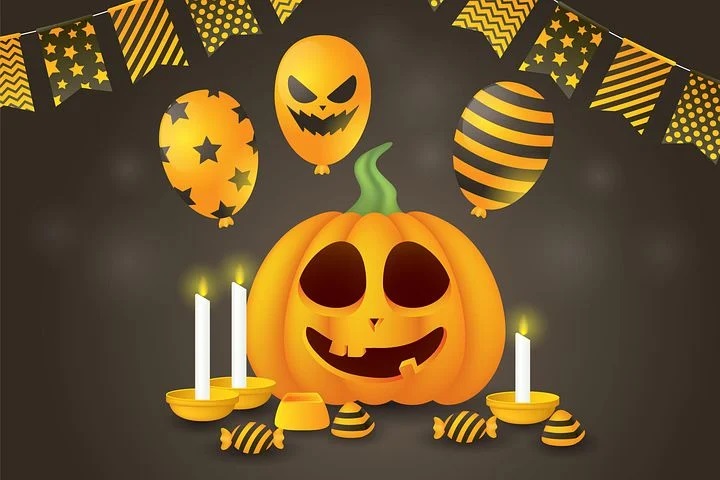 The will-o’-the-wisp is a foolish fire
that flickers at night over peat bogs.
It warned Jack he was due to expire
but he wasn’t ready to pop his clogs.
He thought of using a devious trick
so he didn’t have to give up the ghost
and asked the assistance of Old Nick
the cunning devil he valued the most.
He told Satan the villagers would join
his congregation if he were to change
into a rare, high-value, silver coin,
a deed the daemon did easily arrange.
Acting quickly the rascal locked up
the silver coin into his sealed purse.
Lucifer realised he’d been sold a pup;
unable to escape, was heard to curse.
He was released but he had to agree
that he would not claim Jack’s soul.
That’s how the rogue happened to be
immortal: through a curious loophole.
He could not go to heaven or hell
and had no light to see where to go.
He had a darkness he couldn’t dispel
but Satan helped to soften the blow.
So that Jack could reach his goal,
and even though he’d been a jerk,
he was gifted some burning coal
that can be said was the devil’s work. A squash was scooped out of contents
and its rough yellow skin was perforated,
so he could see the luminous fragment
with the apparatus that he had created.
Even for someone who wasn’t bright
and was considered to be a bumpkin,
he had worked out that a lamplight
could be made from a carved pumpkin.
© Luigi Pagano 2020
© ionicus 2023
Views: 540
critique and comments welcome.
6 comments folklore, Halloween, Ionicus poetry
Subscribe
Please login to comment
6 Comments
Inline Feedbacks
View all comments

As it is Halloween, I thought it is appropriate to write about the significance of the pumpkin at such time, It is a well known folk tale which I spruced up with a few rhymes.

Very illuminating and entertaining.
Of course, up in Scotland we carved out neeps (turnips) THAT was the Devil’s work, it was so hard on young hands. Then when the nightlight went in… smelled to kingdom come.

Ah! the old days. Anyway, it behoves us to remember the old myths and legends. Strikes me they had a lot more sense than the lunatics running the asylum today!
Alison x

Last edited 2 years ago by stormwolf

Could/n’t agree more, Alison. Thanks for enlightening me about the Devil’s work.
Luigi x