She never ceases to surprise me

In the midst of all this seriousness, how about a flash that changes the mood a little!

She still surprises me. Does yours, too?

In my neighborhood, there are no good tea shops. By tea shops, I mean shops from where you can buy good tea leaves. So, as a routine I buy good tea leaves from a place which is quite far; that is why I sometimes ask my friend, who works in the locality, to bring 100 grams of tea every time he visits my place. Subsequent to her approval, this had become the standard norm. Since the tea was of good quality, it had become a regular practice.

It was only when my friend was a little under the weather that I had to add buying good tea leaf in the list of things to buy. I was very suspicious, primarily because I knew she will not approve. Incidentally, she came from a family of wholesale tea sellers, her grandfather had five such big shops in the prime localities of Kolkata. So, therefore, she was naturally squeamish about tea; about good tea. But I thought I would give it a try, not because my tastes in tea, or in anything for that matter, were validated or sanctioned by her, but I thought that staying with her might have given me some sense of understanding of the difference between a good tea and a bad one; there was nothing in-between for her, it was either bad or it was good. The other day, while I was on my morning walk, by a stroke of luck, I chanced upon a closed shop where it was written:

I was overjoyed! How could I have missed this for so many years, I thought to myself. Very soon I realized that it was because I changed my normal route because the one I followed was going through some ‘travaux’. But wasn’t God kind enough to show me exactly what I had in mind? I was taken aback. I was even more surprised when the tea was approved by her as good tea.

She decided to go for an evening walk with me, which was a BIG time favor by the way, because she seldom accompanies me for my walks.

Eventually, she saw the shop.

‘Oh! Is this the shop? But they are selling other things as well?’
‘Yes, so what?’
‘So what? Are you out of your mind? An authentic tea shop doesn’t sell anything other than tea; don’t you know that? Those wooden boxes with holes at the right-hand corner? Only those are authentic teashops. This man is selling tea and other stationery things too? How can this be good?’
‘But you said you liked the tea, didn’t you?’

She did not respond to that. There was no more exchange of dialogues between us. We came back, went for the shower. The tea was served.

That was the end of the story. She is like that. She has the right to her opinion. I like her just the way she is, that’s what makes her special and my task at hand so challenging. She never ceases to surprise me.

But for the benefit of my readers, especially those who are outside of Kolkata, here are some photos that would help you understand what her ‘image’ of an authentic tea shop was! 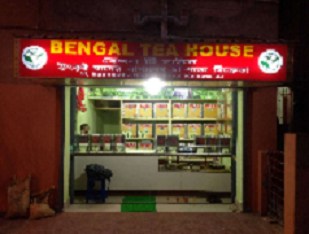 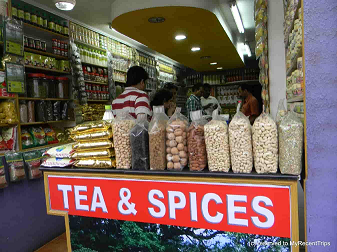 She never ceases to surprise me
by
supratik

"Kindness is a language that the deaf can hear and the blind can see." Mark Twain
more >>