Has COVID19 changed our perception of the world? 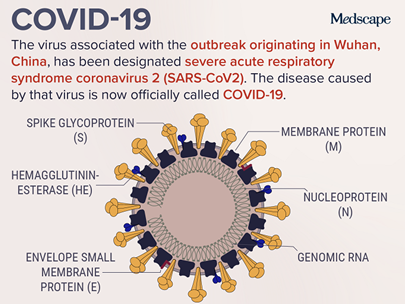 The pandemic driving the global economy out of gear

The pandemic COVID19 is the current global headache that is driving the traffic of the world economy out of gear. The trade impact in India alone is estimated at over $348 million. All the major business sectors where China played a key role, either as a supplier of raw materials or as a wholesale dealer have been affected by this sudden coup d’état. For example, the automobile and the pharmaceutical industries, Electronics, Solar power, IT, Shipping, Tourism and Aviation, Textiles, etc. The panic is reflected in the share markets all over the world.

The outbreak has become the global outcry

The virus associated with the outbreak originating from Wuhan, China, and which is termed as COVID19, has spread all over the world. It causes infection through spike protein. It is called spike protein because it sits on top of the spike, as the structure of the coronavirus and connects with the molecules of the human cells and leads to the infection. According to Mr. Yogesh S. Souche, Head, National Centre for Cell Science, “In order to infect or attack the human cell, the virus has to enter it and attach itself to the cell. The receptor is the molecule of the cell to which it attaches. Then it goes inside and takes over the entire functioning of the cell.” This is how the entire human body gets affected.

Four stages of the disease

Experts at the ICMR (Indian Council of Medical Research) said there were four stages of the disease. Stage 1 is getting imported cases, stage 2 is the local transmission, stage 3 is community transmission and stage 4 is when it turns into an epidemic. While India is at stage 2 now, experts said stern precautions were being taken so that going to stage 3 could be halted. “The virus will behave the same way it has behaved in China. It will follow the same pattern,” said the Director-General, ICMR, Mr. Balram Bhargava. He further said, “India has a 30-day window to halt the beginning of community transmission. If we manage 30 days, if community transmission doesn’t happen in the next 30 days, we may be at a good wicket.” To read more, click here.

These terrifying facts and figures will not help. Neither will blame-game. Investigating whether China spread the disease on purpose as a reaction to the tension it had had with the US, or whether Russia had spread the virus because it is so far unaffected is irrelevant and way too distracting, if not naïve.

The WHO has identified this as a pandemic, but this is worse than any natural calamity as it has affected the whole world. As viruses like these spread like wildfire, they need to be taken seriously right from the word go rather than being in denial. At this time of crisis, scientists, caregivers, spiritual leaders, healers, nurses, medical practitioners and, above all, leaders need to look at this crisis with due diligence. People from different faiths and beliefs, professions have to unite and fight this together. For sure, this too shall pass.

The positive side of COVID19

Does it sound shallow if we strive to look at the positive side of COVID19? I don’t think it is; this sudden outbreak has put the whole world under one umbrella as we are now looking at the cure of the global village as a whole. We have once again realized that external differences do not really make us different. In fact, it brings us together. So has the domino effect helped in changing the way we look at the world? From the index of the map, as shown by the WHO, it is clear how this malady has united the world as one single body whose various parts, metaphorically the countries, have been affected by this widespread disease that is not restricted to any particular place.

The domino effect is driving home a clear message; that we are not separate from each other. While meaningful researches are going on to find out a remedy, we, as responsible citizens of the world, can also take all the required steps to combat the deadly virus. For the moment, let us think of the world as one, let us shelve our material differences for a while so the world where we live finds its rhythm and gets back on track.

Has COVID19 changed our perception of the world?
by
supratik

"Kindness is a language that the deaf can hear and the blind can see." Mark Twain