No Smoke Without Fire

The ordeal of Artemisia Gentileschi 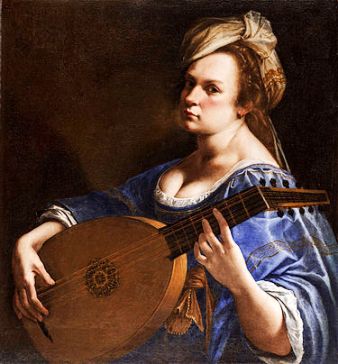 Roman matrons of impeccable breed
expressed outrage in hearing the news
of a  vile attack and unanimously agreed
that it was ignominious and such a shame
yet girls were too easy and many a maid
didn’t much care to lose her good name
when she acquiesced to getting laid.
It was inconceivable that a virgin would
be hoodwinked by an unscrupulous cad
and be deprived of her maidenhood.
There were many claims that intercourse
had been achieved without due consent
and women found themselves in a mire
unable to prove they were taken by force.
Rumours ensued: no smoke without fire.
But hapless Artemisia was not to blame
for what took place in broad daylight.
She was seventeen, young, pretty, naive
and was courted by numerous suitors
but although she put up a brave fight
she was raped and abused by her tutor.
In the face of adversity, her strength
and resilience withstood the onslaught
of rumours that followed the ordeal.
The setback was the spur to a rebirth,
she immersed herself in her art again
with renewed enthusiasm and great zeal;
painting a catharsis for psychic pain.
Her graphic portrayal of powerful women
– shown as protagonists  or equal to men –
seems to suggest she sought vengeance
for the defloration and the maltreatment.
With  resolution and rebellious defiance
she achieved success and reached the top
and became an icon for the female sex.
© Luigi Pagano 2017
© ionicus 2022
Views: 2225
No critique.
12 comments biography, History
Subscribe
Please login to comment
12 Comments
Inline Feedbacks
View all comments

Hi Luigi,
How fascinating. I had never heard of her but her story shows that all things can work for good depending on how they are handled. In other words, even the worst situations can be the catalyst for change.
This was real women’s liberation, not the awful thing it has become today.
Bravo
Alison x

Hi Alison, she was indeed a gutsy woman and quite probably the earliest feminist in the western world. Not only her courage but also her talent is now widely acknowledged.
Thanks for your comment.
Luigi x

I like anything Baroque Luigi especially music, however this lady is famous for her wonderful baroque paintings. Very well written and thank you for all the history lesson and personal stuff 😉

Hi Gerry. I too appreciate Baroque, be it music or art.
This is my interpretation of a tragic event that happened so long ago and made a great impression on me reading about it. Glad you liked it, thanks. 🙂

As always, a totally enjoyable and informative read Luigi. I always look forwards to your posting.
Mike

Go girl go! Interesting story, Luigi. I’ll have a bit of a google about the lady. I think most women throughout history were probably raped and abused. Us males are probably lucky they seem to have forgiven us for all those past sins. Your poem’s got me thinking about it all. Regards, Mick.

So true, Mick: women throughout the ages have had a raw deal but, paradoxically, there ‘s always been a woman influencing powerful men.
I agree that we men have been lucky on the whole.
Best, Luigi.

I always seem to learn a lot from your poems, Luigi. I’ve not heard of Artemisia Gentileschi but will look her up to find out more about her now. I like your pictures too.
Eira

Hi Eira, nice hearing from you.
I find it fascinating to read about persons with exceptional talents who are not known by the public at large and want to delve into their life to learn what made them tick.
The picture is a self-portrait as a lute player.
Best, Luigi x

I love that you have brought her story to such a lovely, lyrical poem. I wasn’t aware of her, I’ll admit, and I’m a huge fan of strong women, so she’s just become a heroine for me to appreciate. Thank you for that as well. Baroque is always interesting and this lady certainly has contributed. I would also like to say that I’m pleased to be reading your fine work again.
love,
jolen

No Smoke Without Fire
by
ionicus