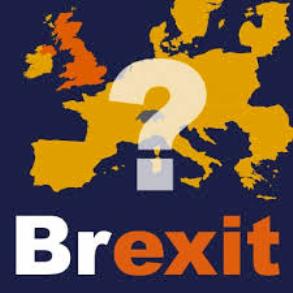 In the EU’s negotiations we hope to reach
a fair agreement that doesn’t disappoint.
They want us to pay following the breach
but sixty billions might be a sticking point.
The optimists say that with give and take
a satisfactory outcome will be achieved
for our people’s and the continent’s sake
and that everyone will be mighty relieved.
Some may be genuine, some sycophants.
Among warnings of dire doom and gloom
doubters notice that there are elephants
inside  the government’s cabinet room.
The rights of workers we have to protect,
that’s what Jeremy, with O’Donnell, cries,
many have spoken at length on the subject
and they have told us no end of pork pies.
But although the party faithful share
the validity and wisdom of this viewpoint
they are continually looking elsewhere
for an electable new leader to appoint.
Some worry about a large immigration,
say that too many are allowed on our shore.
Others respond that they help our nation
and for this reason we should have more.
Eccentric ideas and suggestions are legion:
remain in Europe or we become independent;
but the wish list varies from region to region
and it is irreconcilable to a certain extent .
Opponents say that the Tories are shifty,
that  in their opinion the Brexit is too hard
and,  following the triggering of Article 50,
it’s hard to know who holds the trump card.
© Luigi Pagano 2017
© ionicus 2023
Views: 2267
No critique.
7 comments political, reality
Subscribe
Please login to comment
7 Comments
Inline Feedbacks
View all comments

I liked this. Not too partisan, and includes main points

Very clever Luigi without laying too many cards on the table, But reading between the lines I think I know which way you are leaning 😉
gerry.

This is my interpretation of how a UK citizen might evaluate the situation, Gerry.
Being Italian, and not involved in the debate, I can only be a neutral observer but interested to see how things develop.

Well done Luigi,
Like you,, being German,’ I too am only a neutral observer,who is very interested what the outcome will be. Be lucky,
Pommer.

I haven’t packed my bags yet, Peter.
Cheers, Luigi.

We are in a state of flux at the moment, Trevor, with speculations galore that don’t bode well for a satisfactory settlement but as you rightly point out if the negotiations are conducted fairly and resolutely a sensible outcome will result to the satisfaction of all concerned. I agree that UKIP seems to have achieved its aim and will disband although Nigel Farage, who’s been the dominant figure of that party, reckons that they should continue and be the guardians of Brexit. As for citizenship, having mentioned that I had lived in this country since 1961, I was asked at… Read more »