A Tale of Our Time 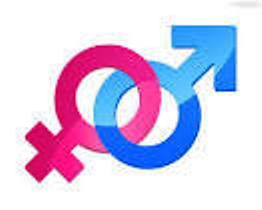 Charlotte gave me a glass of Amontillado and asked, “Do you remember Terry?”
Ah, Teresa. Or, as she liked to be called, Terry.
As if we could have forgotten the trainee accountant who graced our offices for a few years.
Flat-chested and long-limbed she was a tomboy who liked to mix with the boys and had a reputation  – according to the males who wanted to get into her knickers – of being a tease.
On outings to the pub, if challenged, she could drink anyone under the table and still keep sober.
As she told us that she played football, boasting that she practised at White Hart Lane with the Tottenham Ladies, it was decided to put her to the test by including her in the 5-a-side Accounts team participating in an inter-departmental tournament.
Not only she proved to be really talented but she also scored the winning goal in the final.
“Yes, I remember Teresa”, I replied, and Charlotte informed me that they were going to get married.
Noticing my look of confusion, she went on to say that Terry was no longer the gamine girl that I used to know but was now a man called Terence.
© Luigi Pagano 2017
© ionicus 2022
Views: 2572
No critique.
6 comments Flash Fiction
Subscribe
Please login to comment
6 Comments
Inline Feedbacks
View all comments

Ooooo Luigi, great stuff. You could post this to droubbles.com as I’ve now restarted the website/project.

O.K. will do. Thanks for the ‘great stuff compliment’.
Hopefully others will follow.
Best, Luigi.

Thanks for your appreciation, Mike.
Best wishes, Luigi.

Well Luigi, nothing surprises me these days. Not like when we were kids 😉
regards…

Quite true, Gerry. Ours must have been the age of innocence or else we may have been naive as I suspect that it is not a new phenomenon but something that was kept under wrap.
Best, Luigi..

A Tale of Our Time
by
ionicus