A Recipe For Disaster 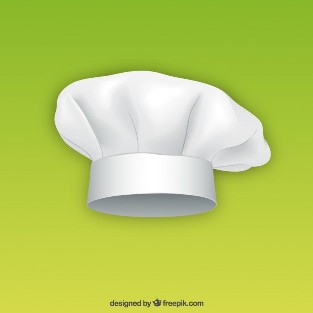 My uncle was proud of his chosen métier

when working as a chef in a top restaurant.

As a disciple of Georges Auguste Escoffier

he knew that good food was very important

to the rich patrons who frequented the place.

and urged the slow staff to keep up the pace.

He had sex appeal and boyish good looks,

married the daughter of the eatery’s owner,

an expert accountant looking after the books

who everyone thought was shy and a loner.

She wasn’t pretty but he couldn’t care less

because he realised that she was the key

to his advancement and eventual success:

a wealthy tycoon was what he wanted to be.

Ambitious selfishness had gone to his head

and thought of his wife as a bargaining chip.

That she resented this can be taken as read

but all the time she kept a stiff upper lip.

When her father died she inherited the lot,

closed the place down; dismissed the  staff.

Divorce and severance is all that he got

and now is a cook in a workmen’s caff.

Ha,Ha, well written.My grandson was a trained chef while he did not have quite the same experience, he gave up the unpredictable job in the catering trade to become a builder, enjoying every minute of his life.,.(fresh air and more convenient hours).I enjoyed your submission Luigi,,be lucky, Peter.

Your grandson was wise enough to choose an alternative occupation, Peter.
The hapless chef, whose experience I recounted, was not so clever and suffered the consequence of his actions.
Thanks for stopping by.

Thanks for the smile…amusing, hope it’s not true

Glad you found this amusing, Potleek. It is all a product of my imagination.
Best, Luigi.

Loved this tale of comeuppance mate, most amusing.

Thanks for letting me know, Tony.
Cheers.

Always expect the unexpected, Eira.
Thanks for reading and commenting.
Luigi x.

A Recipe For Disaster
by
ionicus