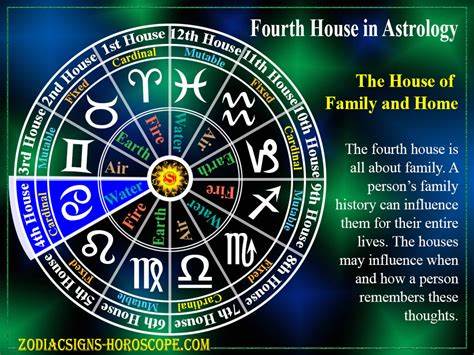 A challenge effort from another site (choose a known poet’s piece) inspired by the format/theme of Louise Gluck’s poem, Memoir. Gluck was awarded the Nobel Prize in Literature recently (2020)…
She was born moving sideways
under the claws of the Crab
and into an impoverished household.
Grit washed walls, outback toilet.
Deep-water well. Early in life, she developed
a hypersensitive instinct for splitting infinitives,
used run-on sentences as she talked to herself.
Played solo games of hide-and-hide
beneath her cracked shell. And if
when she strove to write she chose
too many words, crammed the page
with cramped black letters –
it was out of hunger for what was missing.
As if with congestion she could add worth
to the story of who she was, convince
the indifferent and the dismissive. But those
Cinderella scenarios and Sleeping Beauty scripts;
those everything’s gonna be alright baby
nursery rhymes she’d read into her journey
would fade-out to forlorn. What she’d really needed
in that house was Next-Chance preparation:
lessons in alertness, strategy. How to escape.
*Gluck’s poem:
I was born cautious, under the sign of Taurus.
I grew up on an island, prosperous,
in the second half of the twentieth century;
the shadow of the Holocaust
hardly touched us.
I had a philosophy of love, a philosophy
of religion, both based on
early experience within a family.
And if when I wrote I used only a few words
it was because time always seemed to me short
as though it could be stripped away
at any moment.
And my story, in any case, wasn’t unique
though, like everyone else, I had a story,
a point of view.
A few words were all I needed:
nourish, sustain, attack.
© belcanto 2022
critique and comments welcome.
8 comments 'memoir', astrology, life lessons, the fourth house
Subscribe
Please login to comment
8 Comments
Inline Feedbacks
View all comments

A very useful exercise to try writing in the style of a famed poet with a twist on one piece.

I must admit I found your version showed a deeper understanding of life. I could even picture the lady you describe here. I chose a trapped descendent of a cotton slave, but could equally have been a poor white trash.

Gluk’s poem although excellent seemed aloof by comparison and a little apologetic for being born into a good life.

Hi G, thank you so much for the read and comment, though I am somewhat bemused – and amused- because you gathered the task was to write in Gluck’s style. It wasn’t at all. Gluck is famous for her use of austere, clear, sharp and spare language “spoken” in a mostly disengaged emotional tone. You recognized the latter in your contrast of her poem to mine. A purity of truth is what she’s always getting at and her style is what most modern poets seem to use these days. It’s conversational in that it speaks to the reader directly, using… Read more »

Last edited 9 months ago by belcanto

Hi Bel Gluck seems to have an interesting style I must look up more of her work Sorry to use white trash I really meant poor whites but I couldn’t think of thr term I was looking for We seem to have similar ancestry. I chose my handle Guaj from the term Guajiros (used by Che to refer unkindly IMO to the peasants that helped Castro’s insurgents) because my brother was doing a family search and told me we come from a long line of peasants 🙂 I’m very familiar with East Anglia I lived near Diss for several years… Read more »

Last edited 9 months ago by Guaj

dna, genealogy through proof/records – or both? My family is currently agog over recent dna matches and discoveries! I’ll try to message. Don’t like to get into long personal discussions above and beyond the writing here. Strongly feel we should focus on the posted piece. Whether or not it works for the reader and why. Suggestions. It’s my workshop background coming to the fore! bel 🙂

This poem reads itself; the structure and the flow complement what is written and being conveyed. A masterful piece which illustrates the command you have over the language and the moulding required to convey what is rising as thought inside you.

Bhi, sorry to have taken so long to respond to your very kind remarks. I stopped getting notifications from UKA a few days ago. They resumed this morning, though nothing arrived to suggest further comments on this. I did change my email address though. It was noticing the “pick” that drew me to open it to write a thank you.

“A masterful write” is wonderful to hear. So grateful for your read and responding “take” on this piece. Thank you. Shelagh aka bel 🙂

Hello Picker Person! I’m chuffed by the honor. Thank you! 🙂

I enjoyed both poems but i have to say i preferred the split infinitive persona in the first poem to the compressed, minimalist feel of the inspiration poem.

House Of Life Lessons
by
belcanto

That's my little sis on the left and moi on the right, big smiles cut from view! Hopeless at resizing.