Cicero wrote: “History is the witness of the times….”
But how reliable is this witness? Had we lived at the time of a particular event, would we have perceived it in the way described in history books?
Let’s look at a well-known incident from the past through the eyes of three female
protagonists and listen to each woman’s interpretation. 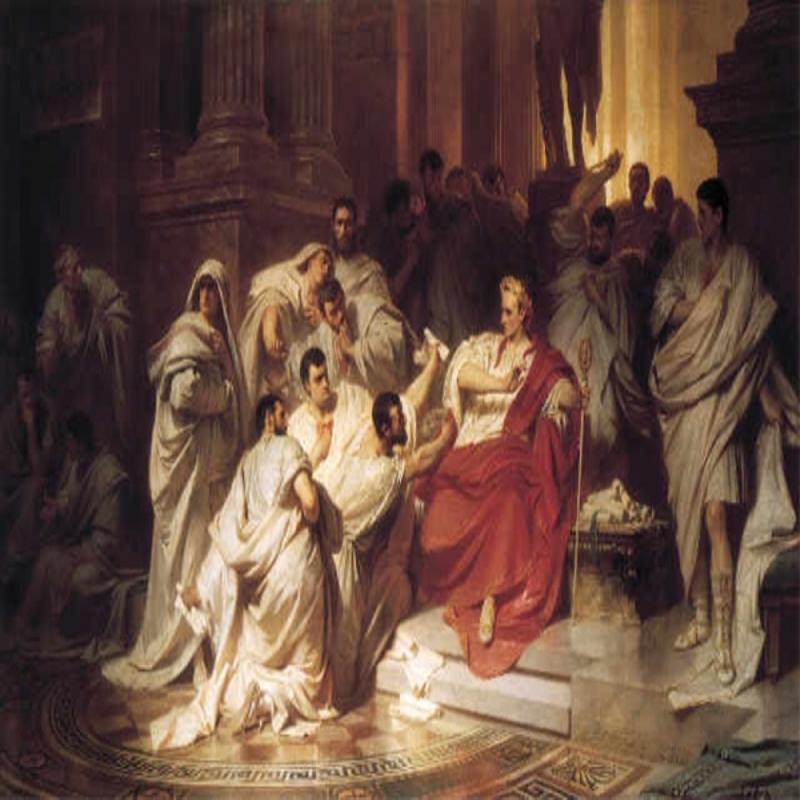 The girl looked lost in thought while examining the melons on my stall.

‘Anything I can do for you, love?’, I said and saw her wince.

It was the first sign that made me realise that this one was not an ordinary wench on a shopping expedition.

It wasn’t just her attitude; whenever she bought something she would proffer a handful of denarii, even when the item cost only a few asses as if she didn’t know the true value of the merchandise. I decided that I would play along and see what she was up to.

‘I haven’t seen you around here before, I said, ‘Are you new at this game?’

And emphasised the word game to see how she’d react. She didn’t get the sarcasm and just replied:

‘Yes, I have recently arrived from the country.’

‘Well’, I thought, ‘for someone who has just arrived from the country you look awfully pale.’

You expect somebody who lives and works in the open to have a healthy complexion but there was an air of refinement about her which belied her assertion. I hadn’t met her before but there was something familiar which I could not quite place.

‘My name is Petronella’, she said introducing herself, ‘What’s yours?’

‘Nosy little beggar, ain’t you ?’ I thought, but answered as politely as I could:

‘Artemisia?’- she enquired – ‘not a Roman name, surely? Are you Greek?’

She explained that she was in service with Ascorbius, the banker, at which point I struggled to keep a straight face because, as it happens, Ascorbius and I are…what one might call cohabiting.

From then on she didn’t stop talking and all the time I was racking my brain trying to remember where I had seen that face.

And then it dawned on me: I had seen it on the reverse side of a silver denarius!

By Jupiter, here was the mighty Caesar’s wife and she was pretending to be a humble servant.
But why? Did she just want to sample the low life, to see how the other half lives or did she have a more sinister motive?

Whatever the reason, she was playing a dangerous game. Mingling with the riff-raff, mostly hostile to the Emperor, was madness.

I felt bound to protect her, not for the silly creature’s sake, but as a sense of loyalty to that rascal Julius Gaius to whom in my younger days I had been devoted.

I knew I had been one of many and he had eventually moved on to greener pastures, but I still felt affection for him.

Petronella, or whatever her real name was, – though I believed it to be Calpurnia – was examining the pot plants on the stall and proclaimed to be a keen botanist.

I suggested we went to have a bite to eat when I would tell her all about the properties of those plants.

I had a hunch as to what her intentions might be and was determined to winkle out the truth.
So during lunch I casually introduced the topic of the dalliance of Caesar and Cleopatra and their bastard offspring.

I saw that I had hit a vulnerable spot for, although she feigned a look of surprise and affected to be disgusted by such behaviour – which she said was a common trait of all men – there was a murderous look in her eyes.

It was clear that revenge was the root cause of her actions.

No wonder she had been listening very attentively when I spun that cock-and-bull story that I despatched my previous husbands by foul means!

Poor souls. If anything, it was my insatiable sexual appetite that had sent them to their early graves.

When she left, she bought six of my “lethal” plants. Little did she know that all she had acquired were senna plants, whose seeds were of a laxative nature.

The only punishment that her husband would suffer would be frequent visits to the lavatory.

I made a mental note of what I would say to him on our next encounter, should I happen to meet him:
‘You owe me one, you old reprobate.’

But the message I eventually delivered was one of a more serious nature.

There had been a lot of unrest of late; graffiti were appearing on walls throughout the city and rumours about an uprising spread unchecked.

Everything was intended to engender the impression that the populace was ready
to overthrow the Emperor who had become somewhat dictatorial.

But this was a smokescreen created by the aristocracy who had a much deadlier plan in mind.

I was having a break from the stall and sitting at the oyster’s bar sampling half a dozen of those delicacies, washing them with some delicious Sicilian wine, when Romulus the fishmonger came and sat next to me.

He’s got the hots for me and can be quite tiresome with his declarations of love – lust, if you ask me – but he’s harmless and I have got the measure of him.

The words that he now spoke in my ears were not the usual romantic nonsense that I was expecting:

‘When Caesar convenes the next meeting at the Senate, it will be curtains for the old devil.’

I was intrigued and asked how he knew. A slave had let the cat out the bag, he said.

‘Cassius and Brutus are the main architects of the plot’, he added.

He then clammed up when he saw two praetorian guards circulating among the crowd. A rare sight indeed which meant that the authorities were on edge.

As far as I was concerned it was disturbing news.

I did not wish my old sparring partner to come to a sticky end. I would have to find a way to warn him.

I wrote a message alerting him to the danger with my signature at the bottom to let him know that it was bona fide.

I did not have the opportunity to deliver it until the morning of the Ides of March, which was the designated date for the meeting, because prior to that day he had been inaccessible due to the highest security surrounding him.

And there I was, my face wrapped in my shawl, mingling with the numerous supplicants trying to catch his attention.

I eventually found myself at the front of the queue and handed him my missive, whispering:

‘Please do not stay, leave at once’

I saw a flicker of recognition in his eyes; then he averted his gaze and faced the threatening conspirators with disdain.

I knew that his pride would not allow him to run away.

The inevitable happened and Caesar’s bloody corpse was taken from the steps of the Senate to his home where an autopsy was carried out.

The surgeon noted that although he had been stabbed twenty-three times, only one stab had proved fatal. It must have been a frenzied attack.

I stood outside the villa and absorbed all this information which was being fed to the assembled crowd by members of the household whose tongue had been loosened by grief.

There was no sign of the widow, but I got talking to a servant girl who, to my surprise, turned out to be the right Petronella.

‘They have found a torn piece of papyrus in his clenched fist’, she told me, ‘ and from the signature they reckon it was a warning from Artemidoros.’

It transpired that the signature was incomplete and all they could read was Artemi… so they mistakenly assumed that the note had been sent by that renowned Greek teacher from the Lyceum.

Well, I wasn’t going to claim the credit given the hazardous times we were going through.

I had saved his skin once, but I failed the second time and felt a sense of sadness, but I took comfort from the knowledge that in his dying moments his hand had not relinquished my final letter.

I believe that fragment was a symbol of the bond that once existed between us that even death could not sever.

I have now read all three. They make for some fascinating speculation. As with so much that is said about Roman times these drip with illicit sex, intrigue and betrayal. Old Julius certainly had a bunch of ‘groupies’ trying both to kill him and save him, but politics got him in the end.

Nothing changes really does it? (except maybe their it’s their characters that are assassinated these days)

Yes Guaj, that politics and ambition are what killed him is definitely true and that is the conclusion that these stories convey. Conspiracy theories must have abounded in those days as they do in current times. but unless concrete proof can be found that’s what they’ll remain.
I’m not sure about ‘groupies’; he certainly was reported to be a womaniser but some of his affairs, like the one with Cleopatra, were expedient

Ahh, I was really referring to the ladies you mentioned and others you hinted about in your excellent pieces. Real life was probably much less interesting (or on the other hand stranger perhaps 🙂 )

Last edited 11 months ago by Guaj

That was my fantasy galloping strongly, Guam. We don’t actually know how much was reality and how much propaganda.