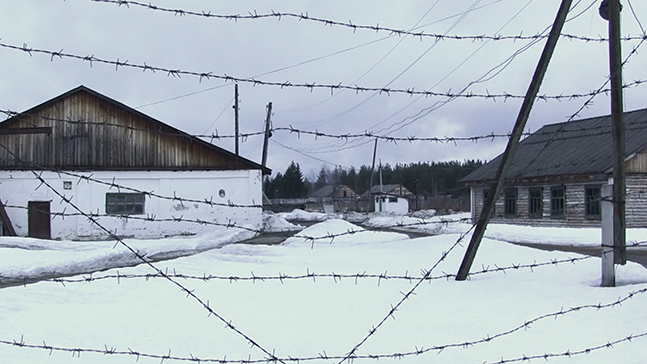 A gift to the World from Siberia

The scruffy ex-Red Army MI-8 helicopter made hard work of taking off from a wide snowfield after dumping Lieutenant Viktor Daniltsin in the centre. The white storm it stirred up deposited ice crystals on his eye-brows and trim salt and pepper beard while he watched it struggle out of its self-made maelstrom.

A lone figure standing by an official vehicle parked a hundred metres away caught the Leutenant’s attention. A curt nod acknowledged his awareness of the policeman. The wind-compacted surface crackled under his boots as he crossed to the officer. Keeping his hands firmly in his pockets, Victor stopped about a centimetre from the young man bundled in a grey winter uniform and looked down into inquiring blue eyes, a head height below.

‘No, sir. I’m Iosef Ivanov. Uchastkovyi Yaveyev is in his office. I’m his second-in-command, sir.’

The cabin of the UAZ jeep was humid and barely warm, a cat-piss smell of damp upholstery and mould invaded Viktor’s senses. During the twenty-minute drive to town the din from mal-adjusted tappets and the heater-fan at full blast made conversation impossible.

The Uchastkovy remained seated at his desk when Victor entered the room. He gave Victor a defiant look and waved a hand at a chair. The only remaining piece of furniture.

Viktor sat opposite, sizing up the unshaven official. Yeveyev spoke with a Moscow accent and Viktor recalled the document he’d read explaining the reasons why the man had been sent to this place — isolated even by Siberian standards. His host smiled and reached into a drawer. With a practiced hand, he fished out a bottle and two tumblers.

Viktor put a hand over his glass.

Dmitri flushed. ‘Yes of course, I just—. My apologies, we rarely get visitors up here and it’s been a long time since I entertained a Militisya detective’

‘Listen, I’ve five hours before that heap-of-shit that passes for a helicopter comes for me. Can we get on?’

Yeveyev sighed as he returned the bottle to the drawer.

‘As you know, Lieutenant, they were found near the decommissioned Gulag. We’ve had “occurrences” around there before. The odd skull coming out the snow, an arm, a foot.’ Yeveyev shrugged. ‘Wolves’ left-overs from grave raids, but. . . . These are different. Three complete bodies popped right out of a chunk of permafrost that broke off the bank of a frozen lake last week. Been an unusually warm summer it seems. I got Iosif to put them down the cellar under the old detention centre. They’ll be okay, it’s never more than 20-below in there.’

‘No, no. The less I see the less I know, and the less questions I have to answer. Some of the locals saw them. That’s the problem. Most of the people round here reckon experiments were carried out on the inmates in that place. They said the corpses were monsters. It’s stirred up a lot of bad feeling. I can’t be involved in that.’ Yeveyev laughed. ‘There’s a lot of in-breeds in this area, half the population of this shit-hole look like monsters to me. Iosef was pretty freaked out though.’ He lit a cigarette and leaned back, blowing smoke over Viktor. ‘I’m surprised they didn’t send some secret service guy from the FSB. . . . Lieutenant.’

Without taking his eyes off Yeveyev’s, Viktor took an age-polished red wallet out of his breast pocket. He flipped open the cover and flashed a photo of a young Captain Daniltsin in KGB dress uniform.

‘My superiors are pretty sure I can handle things here. . . . You haven’t seen this.’

Dmitri Yeveyev sat up straight, colour draining from his face. ‘Of course, Comrade Daniltsin. Iosef will take you directly.’

Thirty uncomfortable minutes jolting over rutted snow brought them to the prison. Outside the locked gates, a group of locals stood around a brazier. When they saw the Jeep arrive, they surrounded it. A large heavy set man with an enormous black beard who Viktor decided could only have been a trapper, approached the car door yelling about monsters created by Moscow. Viktor pulled his Marakov and jumped out the car. He fired two shots in the air, then pointed the gun at the “trapper.”

‘Get out of here. Stay the fuck away,’ he shouted.

The group moved back, allowing Iosif to unlock the iron door while Victor kept his gun trained on the big man who appeared to be their self-appointed spokesman.

‘I’m going in. Stay here, keep these fuckers back. Shoot them if you have to.’

‘Yes, sir. Anything, as long as you don’t expect me to go down there again.’

Viktor found a light-switch and descended to the cellar. The concrete walls glittered with tiny prisms of ice. In a barred cage at the far end of the room he found a family group. Apart from their skin yellowed with age, they were perfectly preserved in every detail. A male and female with red hair huddled around a blonde-haired child. What little covering they had was pulled around them. Angst wrinkled their frozen faces. Viktor guessed they’d been caught out in an unexpectedly violent snow storm, God knows how many centuries ago. He stared at them for five-minutes. Shaking himself free of shock, he found his cell-phone and photographed them from every angle he could manage.

Outside, the crowd had dispersed except for the trapper warming himself by the brazier. Viktor locked the gates and pocketed the key, then approached the bearded man.

‘Go,’ he said in a quiet voice. ‘Go check your traps, there’s nothing for you here.’

Back at the police headquarters, Viktor ordered Iosef to stay with him. He went to Yeveyev’s office and walked straight in without knocking.

‘Get a group of reliable men to secure the camp entrance,’ Viktor barked before Yeveyev could complain. ‘An armed guard will fly in tomorrow.’

Standing with his back against the wall, Victor watched while Yeveyev and Iosef discussed who was on duty and which of them was suitable to do the job. When they finished their arrangements Viktor dismissed Iosef. Closing the office door behind him, Victor dragged the chair to the side of Yeveyev’s desk. He dropped into it, leaned back and breathed out loudly.

‘I’ll have that drink now, Dmitri.’

Wearing a puzzled look, Yeveyev filled two tumblers. Viktor raised his glass and touched it against his host’s before slugging the vodka down. For the first time since he arrived, Viktor smiled.

‘You better get used to visitors from now on, Dmitri Yeveyev. Your “shit-hole” quarter is about to get very famous. . . . Those monsters of yours are Neanderthals.’

I’m sure there are a lot more bodies out there!

The white storm it stirred up deposited ice crystals on his eye-brows and trim salt and pepper beard while he watched it struggle out of its self-made maelstrom.

Perhaps : “As he watched it struggle upwards the white storm it stirred up deposited ice crystals on his eyebrows and trim ‘salt and pepper’ beard.

Thanks Bh, No doubt they will come to light someday in the same way as Mammoths do. I have to admit I’ve re-written that sentence several times and also the whole opening paragraph. It is so important to get opening paras right. I’m reasonably happy with it now, but every time I look at it I can’t help tinkering with it. It’s like when you finish a painting. The fact is, you never really finish it. G PS I just thought of this grrr!: Ice crystals clung to his eye-brows and trim salt and pepper beard as he watched it… Read more »