On The Right Tracks

Not a piece of cake. 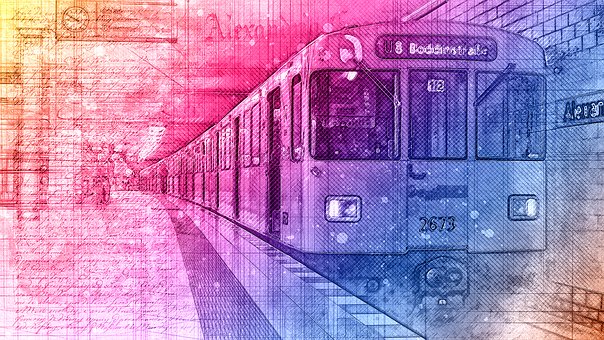 Don’t let anybody tell you that rail travel is easy. Don’t be lulled into a false sense of security and believe it is a piece of cake. It isn’t.

From personal experience I have found that it is a task full of pitfalls that requires a lot of organisation for it to run smoothly.

How many times have you missed catching a train because you misread the timetable or your watch was slow and you got to the station a minute too late?

On the other hand, you were there in plenty of time only to discover that it had been cancelled.

When you depart from a local station, like mine, there is no problem: there are just two platforms, one outbound and one inbound. If you know which direction you want to go, unless you are absent-minded and forgot, you can’t go wrong.

It is when you have to deal with a station that has more platforms that you have to worry.

Say that you have arrived on platform 1 and the station’s digital display shows that your connection will leave from number 4.

To get there you have to climb the stairs of an overhead bridge, most probably carrying luggage.

You then hear a message saying: ”The train on platform 4 terminates here”.

Panic sets in as nobody is around to tell you what to do next and the information office is closed.

On long journeys it is usual for a train to stop at a junction station for as long as twenty minutes to allow carriages to be added or for the rolling stock to be uncoupled.

You may take the opportunity to alight to grab a cup of coffee or buy a newspaper. Knowing that your memory is not what it used to be and be able to return to the right carriage you must remember where it is.

A mnemonic technique to recall the carriage’s number is sometimes employed.
I am told that a guy did just that and as the number was 1492 he knew what that date represented.

His train had long gone and he was still frantically running around asking people if they knew when Christopher Columbus had discovered America.

You have been warned: make sure that you are on the ball and that your knowledge of history is up to scratch.

I don’t know about travelling on trains, Luigi. I rarely had a problem. My beef would be about running the guantlet of money grabbing wheel clampers in station car parks when you go to pick someone up.

I don’t have any problems with wheel clampers, Guaj, because I don’t drive. It looks as we are not immune from difficulties whichever method of transport we use.

Come to think of it, I did have a problem on a uk train I bought a ticket on train line to go to Norfolk I got to Kings Cross early so I just took the next train going my way When the guard checked my ticket he told me I had to get off at Marks Tay or pay an extra 30 quid apparently I was supposed take the following train I got off and waited 30 minutes then got on an identical, also half empty train. Still it was better than getting stung for 50quid at Salisbury station… Read more »

The ticketing of train travel on UK is a joke, Guaj.
Once I was travelling from Stockport to Norfolk and searched for the price of the entire journey. As it was a considerable sum, I split the journey into two: Stockport to Birmingham and from Birmingham to my destination on the same train. It was about a third cheaper, if I remember well. I stayed on the same train; all I had to do was to change compartments or, if there were unreserved seats, change seats.

One or two problems with punctuality, which is par for the course. My gripe is with the food on first class; used to silver service and now its a sandwich menu, which by the time it gets to you has been reduced to a butter scotch biscuit and a slice of frozen banana cake.

I am afraid I can’t possibly comment about the first class’s food as my mode of travel is less luxurious but I gripe about the trolley service, when is available, not so much for the quality of the food as for the exorbitant prices.

It’s time to ask yourself, Luigi, should I really be out on my own? 🙂 My brother, returning to Manchester from Liverpool, had to change trains from Wigan Low level to Wigan high level. He went to the gents and when he came out got back on the same train. He was most surprised to find himself back in Liverpool.
I loved this very human piece.

And they used to blame the old British Rail. Is it any better now?

On The Right Tracks
by
ionicus