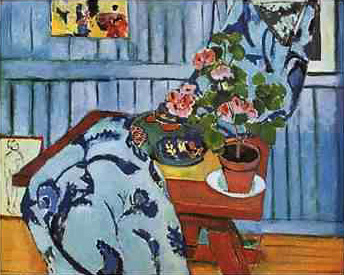 Flowers can be such a release 😉

Marigold looked out from the balcony of her third floor apartment admiring the cloudless  sky over the city. Today was good. Today was special and the sky in her head was Mediterranean blue. Moving along the row of window boxes and pretty-painted flower pots, she quenched each plant from a pink plastic watering can and spoke to every one.

‘Hello my lovely, you must be thirsty. Don’t worry, Mummy won’t let those nasty black-fly eat you up. Oh dear, there’s a caterpillar. There, there darling. Gone now.’

Marigold was especially proud of her Geranium garden. A collection of long flowering, colour co-ordinated varieties nurtured over several years. Last year the roots grew too big and in spring she’d re-potted them into large re-constituted stone planters, so heavy it took two men from the garden centre to carry them onto the balcony.

Marigold kept all the pots in an orderly line on the balcony’s marble balustrade. Standing back, she scanned the line of containers. She frowned. With some effort, she edged two pots of Geraniums three centimetres forward.

‘You out there watering those God-verdomme flowers again? Where’s my fokking breakfast?’

The sound of Koen’s voice brought clouds to Marigold’s sky.

‘It’s quarter past twelve, Koen, love. I’ll make you a fresh one, dear.’

Her heart quickened and she touched her cheekbone, damaged enough to hurt, but not enough to show. She caught her breath. A sharp pain reminded her of the fist-size bruise just below her left breast.

‘Don’t bother. I’ll get something at Pauline’s.’

Marigold turned her attention to the Geraniums, gently pushing them another centimetre forward. Koen stepped onto the balcony. His familiar odour, tobacco, stale alcohol and cheap perfume invaded Marigolds lungs.

‘You stommen fish-wife. All you do is fiddle with those rot-verdomme flowerpots. How many times have I told you? They’re too near the edge. You’ll kill somebody one of these days.’

Returning to her pot-plants Marigold wondered for the thousandth time, how she could have married this man from Amsterdam.

The Dutch are such nice people and I found this. So charming twenty years ago with his cute accent and curly blonde hair. So tall. Then he found out English girls were charmed by his foreign good looks and English men loved his jovial joshing in the pub. He doesn’t even try to hide his girlfriends anymore.

The sound of Koen leaving jerked Marigold back to reality. Listening to his footsteps as he descended the three flights of stairs and opened the foyer doors below. She gently caressed a head of bright red blooms and kissed them.

Marigold should tell him to oprotten…

Hi Andrea
Nice to hear from you. Amsterdam, great city devilish expensive for parking though
I don’t go often enough
I’m pleased you found my story interesting. I don’t know that expression
I have worked with Dutch people none were like that even my boss 🙂
Koen was a real kloozak and gets what he deserves
Daaaag! or should the be doei? 🙂

A masterclass in short story telling

Thanks Bh!
I just found a typo 🙁
I will have to sort that later