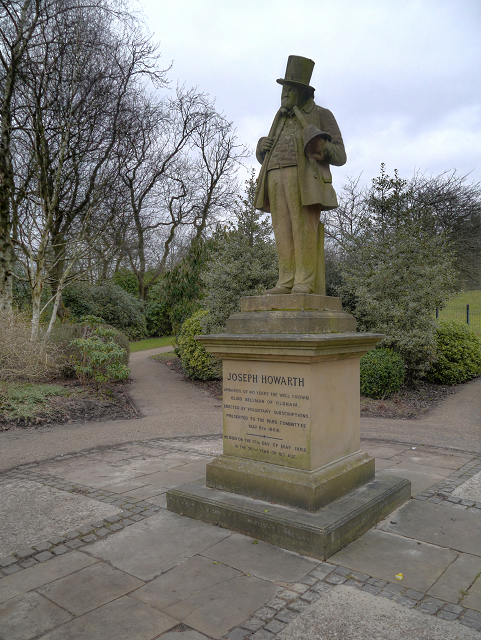 This is my current entry for Lancashire magazine’s short story comp. The word limit is 1200. Theme is Murder, it must include references to Lancashire locations and history. Last time I got second prize. (£50 M&S voucher and a year’s subscription) J K Rowling it ain’t but it’s a start. 🙂

Every morning around three a.m. Mrs Paisley from next door screeched for her damned cat at the top of her voice. The neighbours all complained, but she persisted. I craved peaceful sleep, to forget the horrors. But no, her sodding cat came first. After five consecutive nights I was at the end of my tether.

‘Huh’ she snorted, scowling at me, her piggy little eyes filled with spite ‘I know you, you’re that weirdo  who sleep-walks. Didn’t the police bring you home last week?’

‘Sod off, weirdo’ she shouted ‘get back to  your barracks.’

It was too much for my frazzled nerves, ‘you stupid old bag’ I yelled, ‘I’ve a damned good mind to poison your bloody cat. How would you like that, eh?’

I saw the terror in her eyes as she hurriedly retreated, slamming her door.

That night I again woke screaming. I knew I’d killed her. I saw the silhouette of her blanket wrapped body sliding into the hole. She was dead and I was responsible.

Sandra switched the light on ‘Oh, for god’s sake! Really, Frank, I can’t take much more of this’ she snapped. She sounded even more angry than usual.

‘If you hadn’t let the spare room out whilst I was overseas I could have slept there.’ I said defensively, not daring to tell her what I’d done.

‘Right then, while you’re at your therapist’s appointment tomorrow I’ll tell her to go.’

I felt guilty. The poor woman would be turfed out at short notice and there wasn’t exactly a glut of decent lodgings to be had in Oldham.

I took another sleeping pill hoping for a few hours oblivion, but it was not to be. Once again, I was haunted by the machine guns’ insane chatter. I felt the hot blast as a rocket propelled grenade exploded nearby. Again, I saw Charlie, my corporal, rolling around in the smoke and dust, heard his terrible screams, saw that his legs were gone. Then her screeching began, ghostly, high pitched screeching for her damned cat!

It was hard to separate dreams from reality. Now, she too was haunting me, blending into my sweat-soaked nightmare; the vision of her sliding into that dread hole kept replaying in my mind.

Before dawn, I arose and dressed quietly so as not to disturb Sandra. In the garden, I confirmed what I already knew. There, under the apple tree, was her freshly covered grave. I went into the garage to get the tow rope. I couldn’t face endless years in prison.

At six, I went into Alexandra Park; there’d be a suitable tree there and Sandra would be spared the trauma finding me.

I wandered past the magnificent Victorian pavilion, the ethereal pre-dawn mist drifted in wraiths across the still boating lake. I walked on in a daze until I came to the of the statue of Joseph Howarth.

We’d learned about ‘Blind Joe’ at school; a truly remarkable man. Born sightless in 1787, he was Oldham’s Town Crier for forty years. A man with a razor-sharp memory. He was a Presbyterian lay preacher and could recite the bible chapter and verse. He also rang his bell for the opening and closing of Tommyfield market where he had a pie stall.

Now, as I looked up at him, his walking stick in his right hand, his Town Crier’s bell in his left, I recalled Mrs Galbraith’s words. ’whenever you feel life’s problems are too great, just remember what Joe achieved despite his blindness. He could have lived the life of a beggar like so many with his affliction did in those days. Instead, Joe took responsibility for his own life.’

Alexandra park itself had been created by redundant mill workers. Thrown out of work by the cotton famine caused by the American Civil war. They hadn’t given up on life. They, like Blind Joe, had taken responsibility for their futures.

Responsibility was Mrs Galbreaith’s pet theme, she often lectured us on the importance of facing our responsibilities.

A blackbird began his dawn anthem in the nearby tree that I’d chosen to end my life upon, defying me to use his bower for so dark a deed. As I watched the sunrise, my senses slowly started to recover from their drug-induced muddle. A golden radiance now illuminated this beautiful place created from hope.

I sat on the statue’s plinth regarding the rope in my hand. Joe Howarth must have been tempted to end it all sometimes. A lot of those desperate Mill workers, too.

You’re a soldier Frank, I told myself. Why the coward’s way out? You’re a Sergeant, a leader, responsible for a company of men. Take responsibility now for what you’ve done, coward.

At seven, I walked into Oldham police station. ‘I murdered my neighbour last night’ I told them.

Shocked detectives questioned me, they found my story hard to make sense of.

I found it hard to convince them.

‘And you reckon you were sleep walking at the time, sir?’

‘I must have been, everything’s so vague, but her grave’s there right enough.’

‘OK sir, we’ll pop you into a cell whilst further enquiries are made.’

Many hours passed before they came for me.

‘Right, Mr Williams, we’re releasing you into the custody of a psychiatric hospital sir, your condition appears to be worse than was first thought.’

‘What about the murder?’ I asked.

He looked at me like I was an object of pity ‘you didn’t kill anyone, sir’ he said, ‘let me explain: At three thirty this morning your neighbour, Mrs Paisley, rang the police to say that you and your wife had killed her cat and were burying it in your garden; we arranged a PCSO visit for later today.’

‘We searched your garden, sir, where we recovered the body of one Ms Jane Phillips, your lodger and, whilst you were overseas, your wife’s lover.’

I knew Sandra had slept with women before we met but she said that it had been purely a passing phase.

‘Ms Phillips resented being demoted from lover to lodger and threatened to reveal all to you. Your wife was tiring of you both and saw a way of killing two birds with one stone. She knew your mental state was very fragile, that you’d mentioned suicide before. She slipped Miss Phillips some of your sleeping medicine then garroted her with your army boot laces, burying them with her.

During the burial, you sleep-walked onto the scene. Your wife finished her task then guided you back to bed. She tried to give you more sleeping pills but you refused them.’

‘And Sandra has confessed? Why?’

‘She didn’t have much choice, sir, Mrs Paisley witnessed her digging and you standing watching. The hedge partially blocked her view so she couldn’t see what was being buried and assumed, in light of your earlier threat, that it was her missing cat.’

First and best is you writing skill. You kept me interested all the way through, but the end was too incredible and fell flat. 1. While she may have been burying her female lover a 3.00 A.M. , you gave us to understand that Mrs. Paisley cries out for her cat at that hour. Why didn’t she? And the wife would have known that titbit and would have been careful to wait for the cry before burying the body. 2. You did not explain why he would refuse the sleeping pills. Does one have the power to resist in that… Read more »

Thanks for the analysis. Much appreciated. Mrs paisley did not cry out because I inferred she saw them digging so kept quiet. She had been threatened earlier. Also it was written to a strict word limit for a comp. However I do take your points and will reedit. Cheers.

Sorry if this didn’t make sense earlier. my bloody phone with auto-correct changes what I write. 🙂

Hi Pronto,
a well written story which kept me reading right to the end.I was wondering why Mrs.Paisley’ cat was not be present at the burial.perhaps she had been drugged so as not to be a noisy nuisance this time. I think you have written a very good story and wish you the best of luck with your entry.the story deserves it. Be lucky Peter.

Thanks Peter, A word of encouragement from you is always very welcome. I know the story has faults but I’ve sent it in now “Warts ‘an all.” However, one can send as many entries as one likes so I may try a humorous one next. The closing date is not until February 9th. 2018.

A most interesting read, mate. Your story kept me engaged from beginning to end with nary a superfluous sentence. This should be a formidable competitor in that short story competition. Overall, a well written piece.
(In the sentence, ‘He also ran rang his bell…’, should the word ‘ran’ be in there?)

Thanks Shywolf for your kind comments and for pointing out the typo. Much obliged.

Thank you for the kind comments mate and for pointing out the typo.

Retired,, aspiring novelist and poet. Writer of short stories and all round good egg!