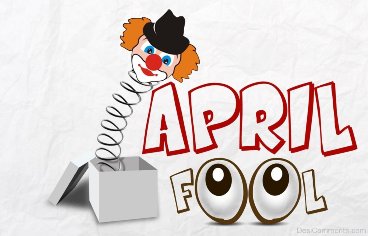 My friend Tom thought that it was cool
to play lots of pranks on April Fools day.
He had been influenced, he used to say,
by what he heard when he was at school.

Nineteen-fifty-seven was the exact year:
the BBC broadcast a three-minutes report
the content of which seemed to purport
that spaghetti grew on trees, not over here

but on the Italian and Swiss arable ground
– where the soil was now free from an evil
parasitical beetle, the spaghetti weevil –
and where the best pasta was to be found.

The documentary was meant to be ironic,
although in danger of going over the top
by showing a woman harvesting the crop.
The commentary always succinctly laconic.

There may be people who wish to choose
to define these capers as simply tomfoolery
or else describe them as a kind of chicanery,
but in the end they amount to fake news.

Luigi I remember that incident very well indeed. It was very persuasive and serious. Mind you at that time I don’t think I knew what spaghetti was either. I was very naive and had just got my call up papers for military service 😉
Perhaps not many will remember this incident…
Gerry.

You are right, Gerry; perhaps only those belonging to my generation will recall the incident unless they have read about it.
It is surprising that there were people who didn’t know what spaghetti was considering how popular that dish is nowadays.
Best, Luigi.

Yes, I remember the spaghetti tree report I suppose spaghetti was not as popular in those days. I don’t think we’d be so easily fooled today. Great poem – well written
Eira x

You are right Eira, we are much more knowledgeable nowadays but we cannot blame the BBC viewers at the time as the presenter of the programme was none other than the respected Richhard Dimbleby.
Luigi x

I remember that, Luigi! Not much changes, does it? 🙂