What Astronauts Do in Their Spare Time 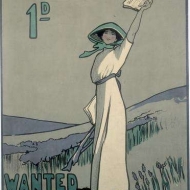 Selina Hamilton was a desperate woman. Her red hair clung blackly to her face. The Houston humidity had never agreed with her and the excitement of the fight added extra moisture.

She’d decided. This was the only way to choose between Connor McCallum and Bobbee Hamilton. They’d both scored equally until that point, and it was impossible to decide. Bobbee, her husband or Connor, her younger lover. But now as the elements kaleidoscoped and ricocheted around her she’d seen the truth in the whiteness of lightning. Neither of them loved her – they loved each other. The bastards!

Connor and Bobbee continued to grapple as if passionate lovers in foreplay or as if they were rolling around in NASA’s Neutral Buoyancy Facility. Selina gripped the slippery pistol with her taloned fingers and squeezed hard, like she was clenching a hated testicle. Bobbee and Connor swirled towards her. The shot cracked through a momentary hush in the storm. And what wonderful luck, Selina thought as the bullet passed through Bobbee’s throat and into the neck of Connor – simultaneous death.

Hello Kat, this is a wonderful piece, intrigue and an unexpected twist in just 200 words. Brilliant. At risk of repeating the whole piece here, this is just an example of the way you use description that I love, “red hair clung blackly to her face. The Houston humidity had never agreed with her”. Looking forward to reading more of your stuff.

Thank you for such an encouraging comment, Tom. Just back from hols, so catching up here and look forward to reading some of yours.

Love your comment, and thank you, Trevor! Would you believe that this was inspired by ‘real life’? I think you *would* believe and realise that… ;^)

What Astronauts Do in Their Spare Time
by
kats

I'm a mental health trainer and writer living in Edinburgh.