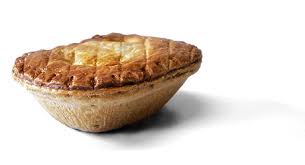 It was our 27th Wedding Anniversary the other week! Hmm? No, I quite agree, you don’t get that for murder these days and no, I haven’t heard that one before. What did we do? Well, I guess what any long-time married couple does. We spent a considerable amount of the day staring down a manhole in our garden. Well, actually, staring was the easy bit. Thrusting a high pressure hose down there, with all of the attendant blow-back, was slightly more problematic. You see, my good lady wife had convinced herself that there was something seriously wrong with our drainage and, as it turned out, she was absolutely right. That which should have been flowing away, was, instead, hanging around, which I’m sure you’ll agree, no-one wants.

Regrettably, repeated thrusts with the high-pressure hose had no effect, other than to stir up the evil brew and we began to contemplate writing the day off whilst we waited for an expensive specialist to come and sort it out for us. Just then, we noticed that our next-door neighbour was working in his garden and we asked him to check his manhole to see if all was well there, which unfortunately, it was. However, he is one of these handy chaps with all of the necessary gear and he asked if we would like him to pop over and give it a go with his set of rods, to which we readily agreed.

A number of rods later, it became depressingly apparent to him that any blockage was not, in fact, in our garden, but in his! Cue intense foraging which threw up a hitherto unknown manhole cunningly buried under the roots of a bush. After an intense period with a chainsaw, which meant the demise of said bush, the manhole was revealed and so was the blockage. Much strenuous thrusting with rods eventually led to a satisfying gurgling sound as days’ worth of that which you would rather not have hanging around headed off to pastures new, albeit pastures you wouldn’t rush to gather lilacs in.

By now, a good chunk of the day had gone, along with any ideas of having a ‘posh lunch’ (which had been our original plan, before the sewage got in on the act). It was too late for a lunch of any quality, so we decided to go with what we were comfortable with and headed for a little cafe in a nearby town. Now, whenever we go to this cafe, I invariably have the all-day breakfast, which is good and great value. Today, however, I thought I would show that I was not a slave to convention. I would eschew the all-day breakfast and try something else, something daring! I noticed, on the Specials Board, that they had Steak Pie, Chips and Gravy and I decided to plump for this. “I will have Steak Pie, please” I announced to the young chap taking our order, to the considerable surprise of my wife. “Ah” He responded “I’m not sure if we have any left, I’ll just go and check” My heart sank. From experience, whenever a waiter comes out with this phrase, it means ‘I know damn well that we haven’t got any but I’ll pretend to go and check so I can shift the blame onto the invisible denizens of the kitchen’. Sure enough, after a few minutes, he returned and apologised but there was no Steak Pie to be had. Predictably, I reverted to the all-day breakfast but somehow felt cheated of my Steak Pie.

When we came to pay the bill a little later, we pointed out to the cashier that the Specials Board still sported the offer of Steak Pie, despite the absence of same, and we had heard a number of other putative diners enquiring about the Pie with similar results. Surely, we suggested, it would be prudent to remove the offending item from the Board? This caused a look of consternation on her part. Clearly, she had every hope that there might, indeed, be Steak Pie tomorrow, so would such a radical step as removing it from the Specials Board now, really be warranted? We paid our bill and left, but musing on it later (because I really don’t have anything better to do with my time) it occurred to me that this was a motif for our time.

You see, it seems to me that there’s a huge longing in the world for something that, not only isn’t there, but probably never was. A sort of global Steak Pie. This longing is for a golden past, in which everything was just dandy and which has been ruined by all of this pesky modernity and stuff. If we could only go back to (pick an era of choice, could be 1950s America or 14th Century Persia, or any other time and geographic location) then everything would be great, again. Or not. The Steak Pie might still be there, as a forlorn hope, on the Specials Board of life but, like it or not, we’ve got the All-Day Breakfast and we need to make the most of it.

I’ll have to take your word for it, Andrea 😉

I loved that although the disappearance of steak pies should not be a subject for levity. Peter’s or Ginster’s are good but Morrison’s are brilliant. As is your writing.

I bow to your superior knowledge! Thanks a lot for the comment.