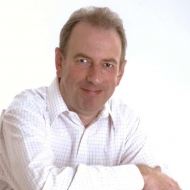 Philip is a retired university lecturer in Human Resource Management. He has now turned 60, which is marginally better than not turning 60 in his opinion, but not much. He has occasionally been accused of humour. If you can forgive him these facts, then you might just enjoy his writing. He lives on the edge of the Derbyshire Peak District, because that is as far as they will let him in. He was born and brought up, in Burton upon Trent, the home of the UK brewing industry, and spent much of his early years attempting to support that industry single-handedly. Much of his writing over the past few years, for the Derby Telegraph, Burton Mail's "times gone by" magazine and Mature Times has featured his recollections of growing up (allegedly) in the 1950s and 1960s. He's christened his combination of nostalgia and comedy 'nostalgedy', he did consider 'comalgia' but he thought it sounded too much like an unfortunate medical condition. Radio Derby broadcast a number of his stories and he has committed one story (so far) to YouTube ( https://www.youtube.com/watch?v=CivqL_r8uLE if you're interested). "Steady Past Your Granny's" was Philip's first, self-published, collection of stories, available in Kindle and Paperback formats. The bumper sequel, "Crutches for Ducks" was published on Kindle on 1st November, 2011, and the third collection of 'nostalgedy' stories, "A Kick at the Pantry Door" burst onto the scene on 1st July, 2013. The latest compilation, 'Giving a Bull Strawberries was published in March, 2015 and boasts of being the only book to have a 30 foot shovel on the cover!
Twitter
My Smashwords Page
Facebook
http://philwhiteland.blogspot.co.uk/
LINK Your WABD & UKA Accounts