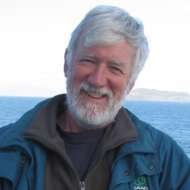 Dodgem
The extended bio just about sums me up; but briefly: my interest - my passion, is in reading and writing poetry. I find that it helps to keep me happily odd.
This user account status is Approved
About About
Posts Posts
Comments Comments

I'm now a retired local government housing officer, living with my wife and springer spaniel in village 8 miles from Cambridge - and that will tell you hardly anything about me. O.K I have dual Aussie/UK nationality, having lived in Australia, after emigrating with my family in 1965. Starting out as a Jehovah's Witness, I escaped at 21, hoping to get sex -drugs-and rock and roll, and there was a phase in my life that allowed me to gain a modicum of maturity as a result. I travelled around Australia and tried my hand on a variety of jobs, before finally settling down and getting a good job in local government, in Perth.

Before then, my girlfriend and I did two overland journey's between Australia and the UK, both lasting up to a year; and from that I did learn a little more about life.

But I was always enquiring about the meaning of life; so I went through the Quakers (great people), EST, The Orange People, Rebirthing....load of that sort of tosh. I finally came to Tibetan Buddhism with my then partner; but after we split I went to live in a Thai monastery; finally, ordaining as a Buddhist monk - residing in Western Australia and later in Thailand and the UK again - returning here in 1993.

Through my work in the interfaith movement I found myself more in the orbit of Christian monasticism - becoming aware of the rich meditative traditions in that tradition. I finally left the Buddhist tradition, and then spent some time living in Christian communities. I began to understand that my future was not in celibacy - and I left, to find work as a carer in a home for people with learning difficulties. I then met the love of my life - with whom I've been with now for 25 years. I also ended up as a sheltered housing officer, before retiring 4 years ago.

Having been born a Scot's Episcopalian, then Jehovah's Witness, then Buddhist, then baptised a Catholic, there was only one place left for me to go...........I became an Anglican - but with subversive Buddhist ideas.

Finally, I can get to poetry - my abiding passion and what rules my heart and my dreams. I have done the usual, studied the 'Rules for the Dance' (to quote Mary Oliver); and even joined the Poetry Society, but soon found that there was not a mutual manuring! My stuff is maybe too bound into rhyme. I read poetry in preference to anything else, and also works on the craft. My own poetry usually comes unbidden - at least in the opening lines, and I usually have about seven 'on the stocks' at any one time. If you've read this far - congratulations! But seriously, I will leave off here, and get back to my unfinished work - now let me see: 'the cat sat on the mat'.....um?