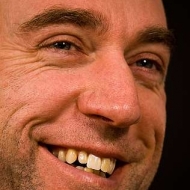 Dave Lewis is a writer and photographer based in Pontypridd, south Wales. He has always lived in Wales except for a short spell in Kenya in 1993-94. He writes content for and still maintains many web sites. He has worked for BBC Wales and written newspaper columns. He has also been published in a number of literary magazines and web sites all over the world. In 2007 he set up the first ever Welsh Poetry Competition, an international poetry competition aimed at encouraging the wealth of creative writing talent that we know exists in Wales but currently languishes in the doldrums. Dave also runs Publish & Print, a book publishing company that is seeking good writers that have been overlooked by the mainstream publishing industry. He has published fourteen books to date, including poetry and a crime thriller trilogy set in south Wales and Africa.
Twitter
Facebook
http://www.david-lewis.co.uk
LINK Your WABD & UKA Accounts