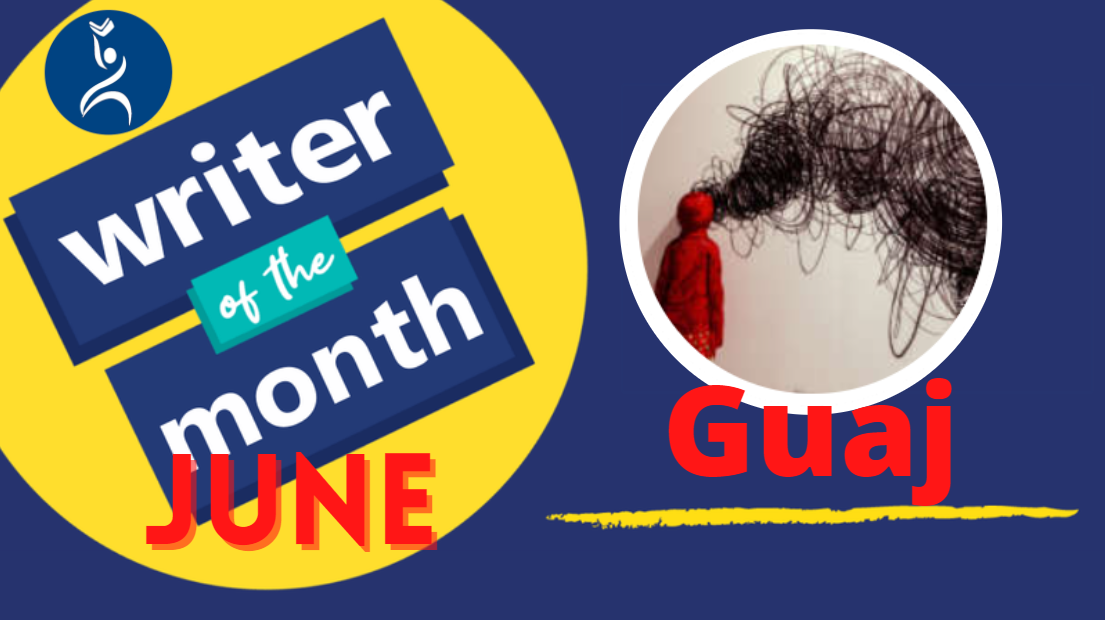 Congratulations to Guaj who has been awarded UKA’s Writer of the Month for June.

Fully Vaccinated EX-pat Brit from North Kent living in the countryside not far from Gent and the Netherlands border.

Studied chemistry in London. Worked as a development chemist and later moved into sales and tech support.

Travelled extensively for work in the UK, parts of Asia and the antipodes specifically Ozz and NZ and privately in the Caribbean, Africa and Asia.

Fortunate enough to be able to retire at 59.

I don’t really do social media stuff. YouTube is about my limit. However, I certainly recommend reading some of these books if you’re interested in 18th-century literature.

When did you start writing?

Started getting serious about fiction writing in 2006. A far cry from writing tech documents and reports

Began by using American writing sites. I learned a lot from the members, they were helpful and gave excellent crit. However, I got disillusioned by the set-up of such sites. Moved onto UK sites initially a BBC supported site which eventually failed.

I also began subbing to online magazines. I particularly liked noir-zines – most of them fallen by the wayside due to Facebook and Twitter I guess.

Had a few stories published in zines and print. Never made any money ☺

Not sure what you mean here. I write at home on a laptop. I generally write everything on Word and file it and back it up. I write poetry, but I prefer to write prose fiction if I can get going on it.

What is the most difficult part about writing for you?

Getting enthusiastic about writing at the moment.

Finding the time of course.

On a typical day, how much time do you spend writing?

I don’t write every day. I try to read stuff every day, on UKA for example. When I get an idea for something I will try to get it at all down ASAP which sometimes means working odd hours. If I don’t get it done quickly I lose sleep. I edit it at my leisure.

Where do you draw inspiration from?

How do you handle literary criticism?

OK, I think. I like and appreciate crit., especially if it is helpful. I try to be polite and avoid sarcasm. I have, as I said above, learned a great deal from constructive crit.

Regarding offering opinions and advice, I tread very carefully. People are not always as open-minded as they think they are ☺. If they are rude to me I generally back off. No point arguing and saying things online that you would never say to them in a face to face situation.

It’s a personal thing. A lady I ‘met’ on an American writing site who lived in Canada and helped me a great deal with my poetry.

She sadly passed away due to illness. She had the gift of writing incredible poetry (IMO) about the most mundane things.

Hard to say. There are a few. Probably the works JRR Tolkien and Douglas Adams stay in my mind mostly. Pasternak and Tolstoy also. I like SF and travel authors too. Le Guin and Bryson for example.

Catch-22 (of all time) followed closely by The Longships by Frans Bengtsson.

If you could choose three people to invite for a dinner party, who would they be and why?

Joanna Lumley, Barak Obama and Louis Hamilton would make for a lively and very informative evening I think.