The Truth About Penelope

What Homer didn’t tell us. 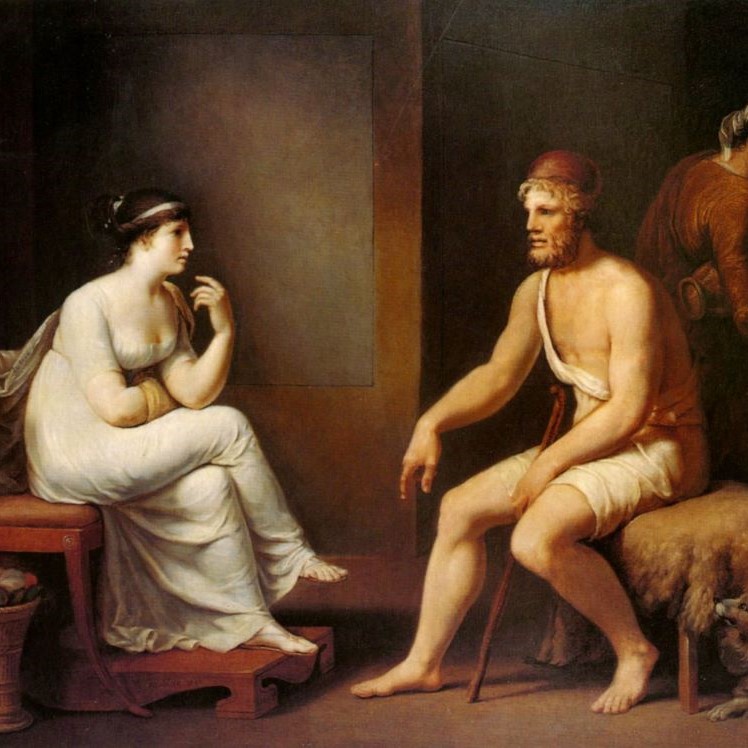 Odysseus was about to be cuckolded.

“Blow this for a game of soldiers”, said Penelope, “the old sod has only himself to blame.”

The last time she had intercourse with him had been twenty years earlier and she’d been waiting ever since for a repeat performance.

She’d been left to her own devices for far too long and decided that enough was enough and had come to the decision that the time was ripe to do the deed.

It’s not that there was a lack of opportunities; a lot of prospective candidates were salivating at the thought that they could breach the defences of this beautiful, but stubborn, woman who up to now had resisted their advances.

She could have taken her pick but they were a bunch of wimps only in search of a quick grope or a cheap thrill; nothing to be excited about.

Their intentions were so obvious that she didn’t need to be told which way the wind was blowing.

Of course, Zeus had to get into the act. In a blatant attempt to seduce her he used the same trick he had tried with Leda by appearing in the guise of a swan but Penelope was far too wise to fall for it.

News of Odysseus gallivanting around the world, sleeping around with various females, like the nymph Calypso or the witch Circe, been captivated by the song of those terrible twins Scilla and Charybdis and his prolonged stay with the motherly Nausicaa, were regularly being relayed to the island of Ithaca by Hermes so all the local males thought she was there for the taking.

It wasn’t only men who were interested in this succulent peach, waiting to be savoured; the visiting poet Sappho had made a pass at her but yet again she experienced unrequited love.

The only one who didn’t seem at all bothered was a man recently arrived on the island. With long hair, a bushy beard and scruffily dressed he looked like a tramp.

He had called on Penelope one day begging for something that her husband did not use any longer. She understood that he wanted some clothes but could not help seeing the funny side of it.
Facing him was the living example of what Odysseus had discarded!

She employed the vagrant to do odd jobs and while he was chopping some logs with a big axe she noticed his muscular arms and body and resolved that he was perfect for what she had in mind.

An intimate dinner for two and lots of wine, to which a love potion had been added, was enough to overcome his reluctance.

They lay on the bed in their birthday suit and she was delighted to see that he was as well endowed as Odysseus was and wondered if the magic that she had experienced on the night prior to her husband’s departure to Troy could be recreated.

She had been orgasmic so many times that she had lost count.

She needn’t have worried: it was an 100% replica of that long-ago sexual gratification.

She was considering that adultery with this stranger had been so satisfying that a permanent relationship could be envisaged when she noticed the tattoo on his back: a heart pierced by an arrow and the name ‘Penelope’ under it.

“Odysseus, you old fraud!”, she exclaimed and wondered if she had been deceived by this man who claimed to have lost his memory or that Fate had decided to play ball and returned her husband ‘incognito’.

Fate does have a delivering what we desire.

The only little gripe, in this thoroughly enjoyable fiction, was this unplucked peach.

I question her unpluckability as she had enjoyed much ado about something with her husband before he set off.

Thanks for pointing out my lapsus linguae, Bhi. I have edited the misleading adjective and changed the sentence’s meaning. Hope it reads better now.
Best wishes, Luigi

The Truth About Penelope
by
ionicus